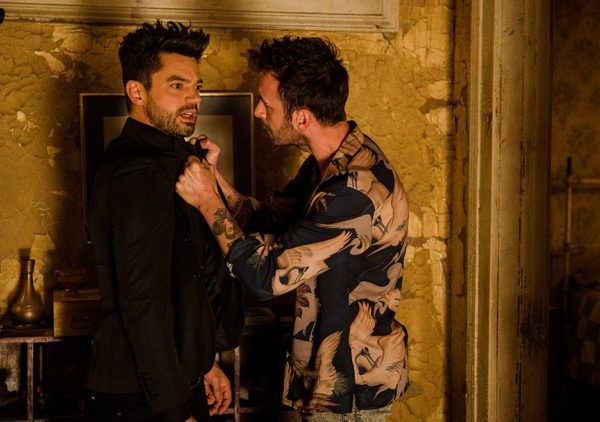 Disharmony is rife amongst our collective gang of miscreants as we creep closer to a season finale. Cassidy, Jesse, Tulip and company stand apart but remain together in an episode which sees things return to normal. Flashbacks into a past of dubious decisions, emotional conditioning and full immersion tanks riddled with algae bulk out the Custer scrapbook a little more. Meanwhile Hell is ironically looking for a liar and Eugene continues plotting an early exit from this monochrome Cell Block H throwback.

Tongue in cheek irony is abound once more as Herr Starr suffers further indignities and Preacher’s writing room learns from last week. Tasteless religious jokes are replaced with subtle jibes at the futility of prayer, clever ideas surrounding karma and sexual references which skate close to boundaries without crossing over. Biblical weaponry and the disposal thereof also raise interesting questions of mortal sin, as well as the eradication of wrongdoing through simple allegory. Preacher also suggests but never states outright sexual deviancy as a personal choice of our almighty God. It is a subtle chuck away line delivered amongst others at a crucial tipping point and therefore goes unnoticed by most. 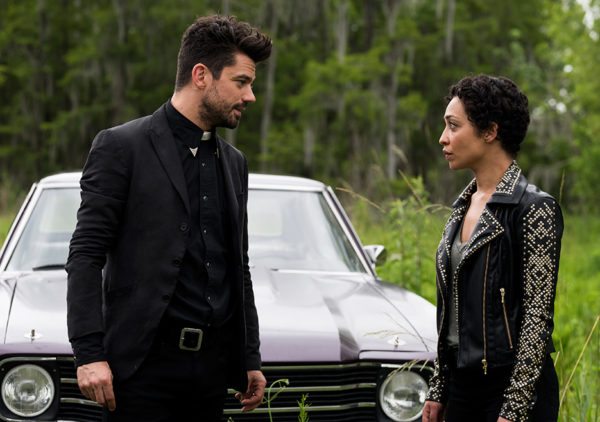 Obsessional behaviour, tested loyalties and tenuous blood ties are all under the microscope as Tulip continues leaning on someone else and pushing Jesse away. Cassidy is increasingly concerned by his son who has become belligerent, arrogant, confrontational and pompous. These are beleaguered personal relationships being slowly lever arched apart by outside parties. Their world currently exists inside a Godless microcosm leaderless, bereft of moral fibre and self-serving in all the ways you fear. Not even Cassidy’s moral compass remains intact as he is being side lined by a bad choice made through loyalty rather than good sense.

Then we come to The Saint of Killers and a certain organisational intervention which has put a spanner in the works. Like the Men In Black but with Adjustment Bureau overtones the Grail group continue working hard to recruit our Preacher. Single minded of purpose and unrelenting in their decision to maintain the sanctity of our Lord, Herr Starr and company will stop at nothing to fulfil their purpose. What they have done beyond the obvious is give this show an adrenaline shot just in time. Pip Torrens, Lucy Griffiths and Julie Ann Emery have supplied Preacher with an edge outside our main trio and in the case of Griffiths and Torrens played it straight throughout. Roles have almost reversed in the last few weeks as dramatic tensions have kicked off amongst our central protagonists leaving others to provide comic relief. Being honest if it were not for the Grail organisation last week Preacher may have been beyond redemption. 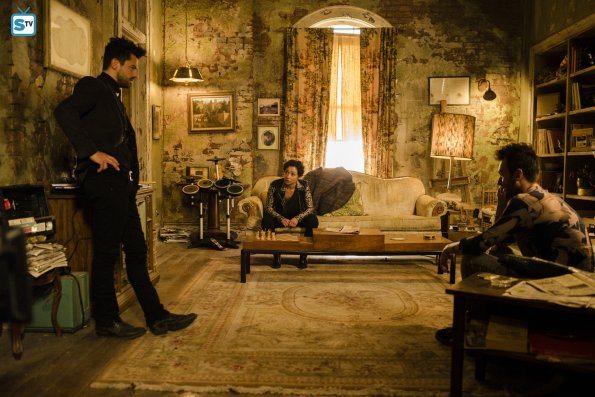 As it stands however season two has got some mojo back, kicked down some doors and pulled everything back onto the straight and narrow. By which I mean crooked as a card shark, more trouble than rattlesnake underwear and deviant enough to make coitus with a corpse seem like a good choice.