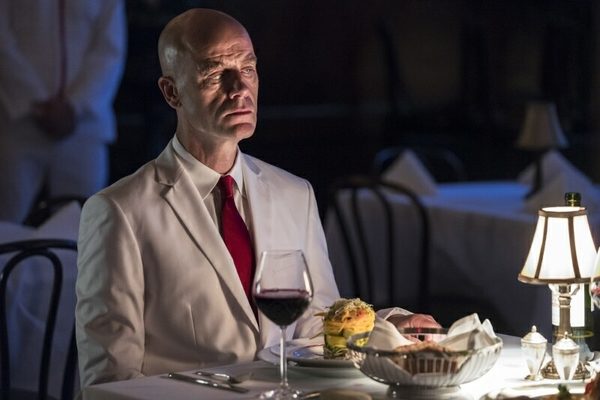 Just when you thought Preacher had taken things as far as possible they go ahead and redefine the line. Pip Torren’s Herr Starr is fundamental in making this happen with a combination of aridly dry wit, sexually gratuitous demands and an aloof air of resignation when things go south. This villain takes deviancy to areas few would think to explore but redeems himself with savage honesty, a matter of fact delivery and pitch black humour. If Preacher could be said to possess a lightness of touch it ironically resides with him. Jesse, Cassidy, Dennis and Tulip however are a different matter.

Three individuals playing at being a team with one hanger on sums up this rag-tag band of miscreants. There is a disconnection and indifference which pervades their relationship at the moment which gets in the way of progress. Even in the aftermath of a particularly inventive POV set piece involving guns, ammo and bloodletting there is a sense of separation. Jesse is driven to distraction in his quest for God, Cassidy is consumed with moral judgements concerning Dennis, while Tulip gets repeatedly shot to assuage her guilt. 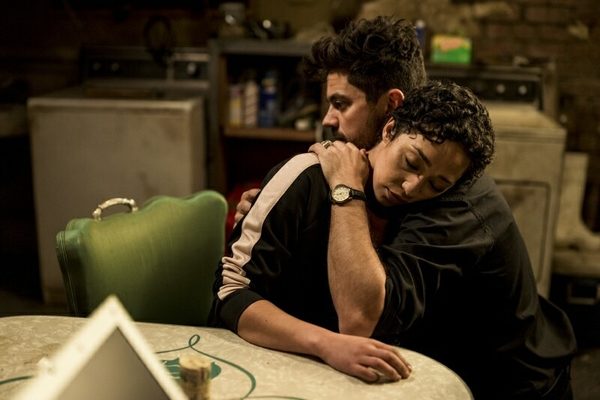 There are moments of brilliance from the dubious conversation between an underling and Herr Starr, in which the woman second guesses him whilst simultaneously stripping a gun to pieces. Not only darkly comic in its own right but delivered at a time when body bagging was imminent. Alongside these inspired moments exists the ever evolving dynamic between Cassidy and Dennis, which comes to fruition towards the end in conjunction with a little Edith Piaf. Visually inventive yet dancing the right side of comic book farce, Preacher is a messed up kitchen sink drama which continues asking some big questions.

Sordid, sultry and certainly left of centre there is a relaxed attitude which comes with confidence in that source material. Cooper, Negga, Gilgun and company are now so intrinsically linked to these creations I will be hard pushed to see them in anything else without making that connection. There is a heightened sense of reality as there are for all such shows, but Preacher has the good grace not to lecture us thematically. Heaven, Hell, God almighty and the idea of an omnipotent deity represent heady topics which are not for everyone. For those who like their entertainment less provocative might I suggest anything where the hero sports a white t-shirt with or without shoes and is either receding, bald or bewigged with heavy artillery. Those films, programmes or serials are high-octane, entertaining and usually big budget blue screen extravaganzas. Designed for mass consumption and deserving of their place in the marketplace, they serve a need, cater to a large audience but remain comfortably unchallenging. Thank God Preacher asks for a little from us.