More than twenty years after he was fired from the project three days into shooting, South African filmmaker Richard Stanley has revealed that he may get another opportunity to direct a film adaptation of H.G. Wells’ classic tale The Island of Dr. Moreau. 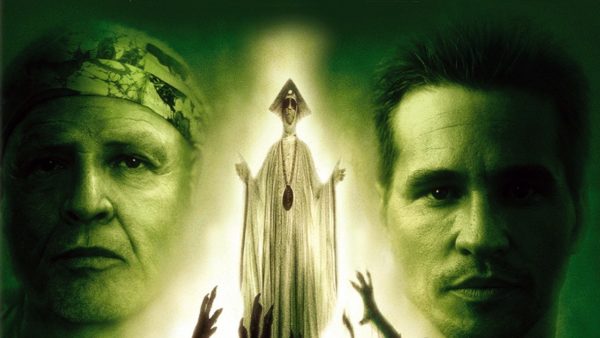 Stanley spent years developing the 1996 feature starring Marlon Brando and Val Kilmer, only to be removed from the production (finding out via fax) and replace by John Frankenheimer. However, during a chat with Birth.Movies.Death, Stanley has revealed that plans are afoot for a new adaptation thanks to David Gregory, filmmaker behind the 2014 documentary Lost Soul which details the film’s troubled production.

“At this stage, I can’t say exactly by who, and how long it will take, but the project does live again, largely thanks to David,” said Stanley. “We’re currently scripting and designing the thing. It’s going to be an all-new screenplay and an all-new cast of beast-people; the original creatures are copyrighted by Warner Bros. I wasn’t particularly happy with them anyway. The final designs of the creatures in the Frankenheimer version were disappointing, and I think there’s huge room for improvement. That’s something I’ve been talking about with the project’s backers at some length because that was also their concern, to reinvent the mousetrap in terms of the beast-people. This time around, they seem to understand the film a bit better, and realize that the creatures are the stars of the movie, not the humans. That was the essential mistake made in the New Line version. They didn’t realize just how much mileage they could get out of those characters if they actually foregrounded them.”

Let us know in the comments below if you’re interested in seeing a new adaptation of The Island of Dr. Moreau…