Following her surprise return to the Marvel Cinematic Universe in Spider-Man: Homecoming, it seems that Gwyneth Paltrow will once again be back as Pepper Potts in the currently in production Avengers 4, with Jon Favreau sharing the following image of the ‘Infinity Trinity’ of Pepper, Happy Hogan and Tony Stark (Robert Downey Jr.) on his Twitter… 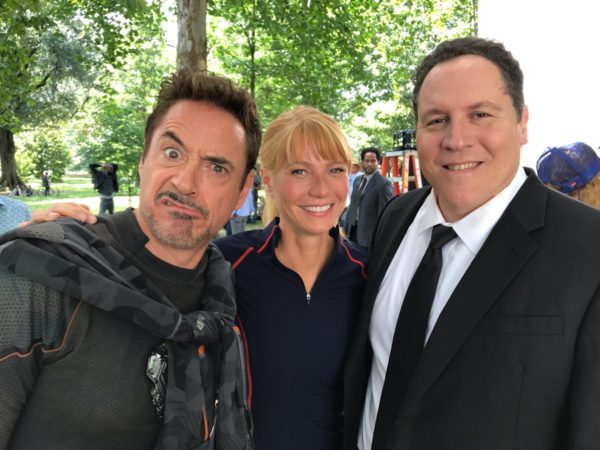 Meanwhile, some set photos also surfaced showing the trio rehearsing scenes alongside Mark Ruffalo (Bruce Banner), as well as the recreation of a Japanese city…