We still don’t technically have confirmation that Daniel Craig will be returning as James Bond for the character’s 25th outing (though he is heavily rumored), but there are already possible leaks revealing an alleged Bond 25 title and synopsis.

According to The Mirror, the title of the next James Bond film will be Shatterhand, and is based on a recently written James Bond story: the 2001 novel Never Dream of Dying written by Raymond Benson. The author is also responsible for the James Bond novelisations Die Another Day, The World is not Enough, and Tomorrow Never Dies.

The plot of Never Dream of Dying revolves around an evil French organization known only as “The Union” led by a blind supervillain. In the novel, Bond is investigating a police-raid gone wrong, when he crosses paths with an actress with a mysterious past, who (of course) eventually leads Bond to The Union itself. 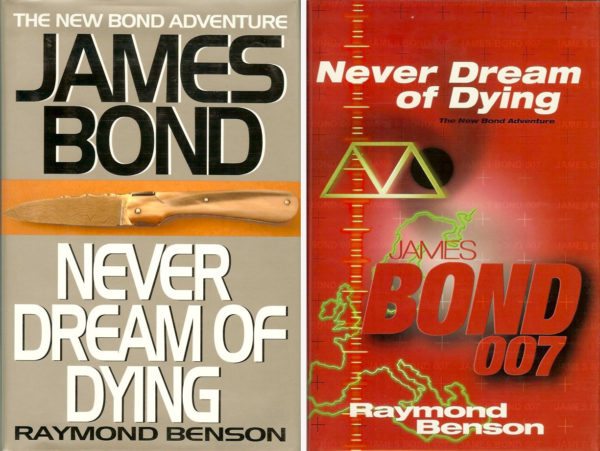 A source allegedly told The Mirror: “Bond scriptwriters feel it could be the perfect follow-up to Spectre. They are hoping to film in Croatia next year.” Other rumored filming locations are Southern France, and Japan. Given that the only source to this rumour is an unnamed “source”, and that there is no other proof in this Mirror (a tabloid publication) article, it’s recommended that you take all of this with a hefty dose of sodium.

UPDATE: Author Raymond Benson has posted on Facebook, stating that: “Some of you may have seen an article published by U.K.’s The Mirror yesterday that claims that the next Bond movie will be based on my novel Never Dream of Dying. I know nothing of this, but as I have not spoken with any Mirror journalists at all, I can only assume that the article is a piece of fabrication. It would, of course, be wonderful if it were true.”

Bond 25 is set for a November 2019 release. Daniel Craig, while reportedly returning, is not yet officially announced to star.