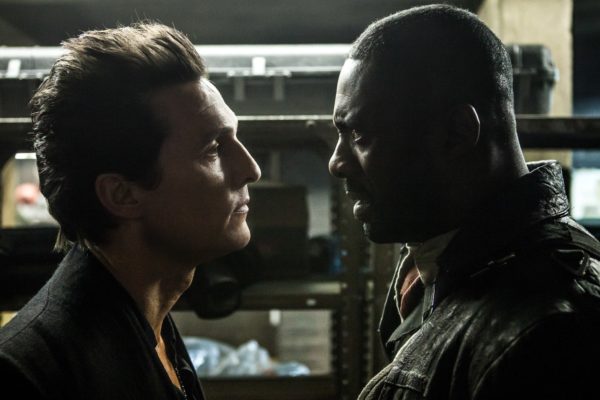 The long-awaited film adaptation of Stephen King’s The Dark Tower is nearly here, and early reviews are not being kind to it. As of this writing, the movie is sitting at a lowly 18% rotten rating on Rotten Tomatoes. Reading various reactions across the web, the main criticism seems to be that it’s a middling adaptation of some amazing source material. For example, take this excerpt from our recent review of The Dark Tower written by Flickering Myth’s Rob Kojder…

” … that’s part of a larger problem with The Dark Tower; it’s so uninvolved that it feels like nothing actually matters. The world building is to be appreciated, but the actual story and characters are a slap in the face to their depth in the novels”.

Now let’s compare that with a snippet from IGN’s review, written by Marty Silva…

“The Dark Tower film is a superficial adaption that, while not terrible, fails to leave any sort of a lasting impression… a thoroughly average take on some truly incredible source material.”

That same sentiment can be found in many of the reviews one may come across. So what happened? Well, recent news paints a bleak picture behind the scenes of the film. As first reported by Variety, the movie apparently performed so poorly in early test screenings that Sony execs were looking to replace director Nikolaj Arcel. The biggest complaint over three blind-screenings last October was that the movie’s mythology was too difficult to understand. This is allegedly the result of “clashing visions” between Arcel and the producers. The report goes on to say that the studio spent $6 million in reshoots to try and salvage the narrative of the film. Judging from reviews across the web today, it looks like it may have been a wasted effort.

With that said, both Arcel and Studio execs have vehemently denied the claims made by Variety, claiming that it was a very pleasant and supportive atmosphere on set.

It really is too bad that we still don’t have the film adaptation that The Dark Tower series rightly deserves. Perhaps the upcoming TV adaptation can change that? The source material honestly belongs on television anyway.

There are other worlds than these. Stephen King’s The Dark Tower, the ambitious and expansive story from one of the world’s most celebrated authors, makes its launch to the big screen. The last Knight Warrior, Roland Deschain (Idris Elba), has been locked in an eternal battle with Walter O’Dim, also known as the Man in Black (Matthew McConaughey), determined to prevent him from toppling the Dark Tower, which holds the universe together. With the fate of the worlds at stake, good and evil will collide in the ultimate battle as only Roland can defend the Tower from the Man in Black.