The Simpsons has landed an icon in the world of horror (and film in general) to make a guest appearance on its upcoming 28th annual “Treehouse of Horror” episode. One of the three chapters of “Treehouse of Horror XXVIII” will see The Exorcist director/Academy Award winner William Friedkin returning to his horror roots for a chillingly funny voice role. 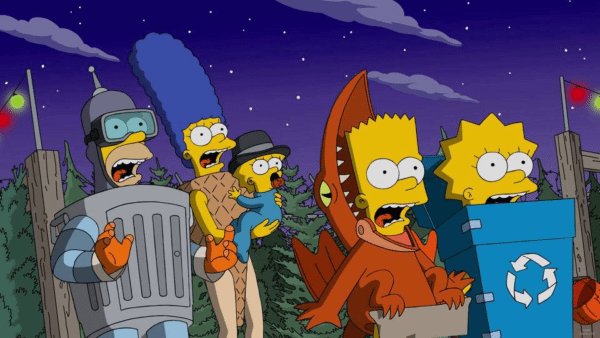 According to TV Line, Friedkin’s voice will be heard as a character named Dr. Kenneth Humphries during a segment entitled “MMM… Homer,” in which Homer begins feeding on himself “after he runs out of food while Marge and the kids are away from home.”

During its soon-to-be 29-season-long run, The Simpsons has poked fun at and paid homage to The Exorcist a few times, as they have with nearly every popular piece of entertainment. For example, in 2005’s “Treehouse of Horror” episode, Homer channeled his inner Linda Blair and spider-walked up his bedroom walls.

Coincidentally, Ben Daniels, who plays Father Marcus Keane on Fox’s horror drama/1973 Exorcist sequel series, The Exorcist, will appear in a different segment of the same “Treehouse of Horror” episode: a parody of the classic film entitled “Exor-sis.”

Given The Exorcists’ immense influence on the horror genre and how nearly every bit of horror media since has in some way drawn inspiration from it, it’s about time Friedkin sit up from the director’s chair and step into the spotlight in The Simpsons’ voice recording booth.

Friedkin’s other famous directorial credits include The French Connection, Sorcerer, To Live and Die in L.A. and Killer Joe. As for acting roles, the director only has two very small ones to his name; his last credited work was nearly two decades ago.

The spooktastic Halloween episode will air on Sunday, October 22nd at 8/7c in the United States.