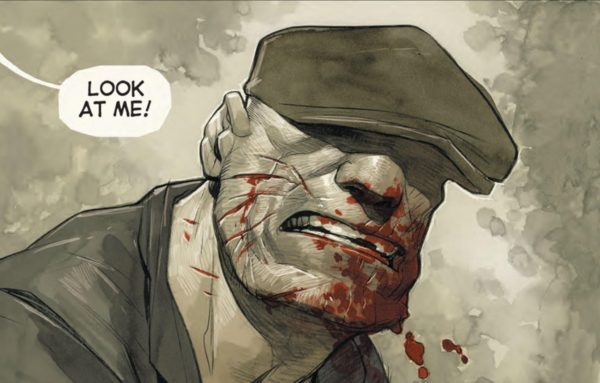 During an interview with Collider (via CBM), Deadpool director Tim Miller has provided an update on his planned animated adaptation of the Eric Powell comic book series The Goon, revealing that an official announcement can be expected soon.

“Eric (Powell) is amazing, we’ve known him for a long time now,” said Miller. “I have known Mike Richardsonat Dark Horse for a long time, and I tried to get the comic, so they said yes, and we developed it. Eric wrote the script, which is fucking great. Which I think, normally with these things in Hollywood, the creators are often pushed aside. We didn’t want to do that, we brought Eric right in. And Eric wrote the script, its great, it’s just a hard one, because it’s not Disney, it’s not G rated. So it took a while. Then we pitched it, and we got a lot of nos, and then we did a Kickstarter, and we raised a lot of money to do it. We’ve done a story board animatic for the whole movie, and we used it to pitch it. We are going to have an announcement soon, I can’t make it quite yet, but it will happen. We have never given up.”

As Miller notes, he had raised funds through Kickstarter for a “story reel”, which was shot featuring Clancy Brown as The Book and Paul Giamatti as Franky.