Ahead of its U.S. release on DVD and VOD this Friday, we’ve got an exclusive clip from the animated comedy Monster Island, which follows a young boy who discovers he’s not entirely human and head to the titular Monster Island in search of his true identity. Check out the clip below or over on our YouTube channel… 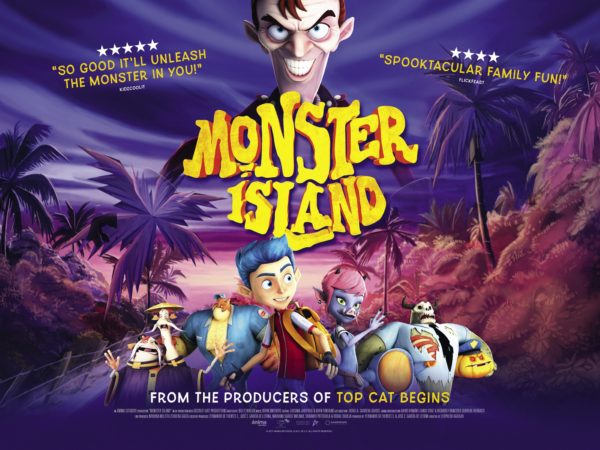 When young Lucas finds out he’s not really a human; the news changes his whole world. Especially since his first monster transformation happened in front of the most popular kids at school! After unreasonably blaming his dad for keeping his identity a secret, the angry and embarrassed Lucas runs away from home.

His search for Monster Island and his real roots takes him on a fabulously scary journey that puts him face-to-face with more tentacles, fangs and far-out situations than he can shake one of his new wings at. Ultimately Lucas learns that being a freak, isn’t freaky – it means you’re a member of a brand new type of family, you can proudly call your own.

Monster Island is directed by Leopoldo Aguilar and stars Fiona Hardingham (The Duff), Roger L. Jackson (Khumba: A Zebra’s Tale) and Katie Leigh (Despicable Me). It is set for release in the U.S. on Friday, September 1st.