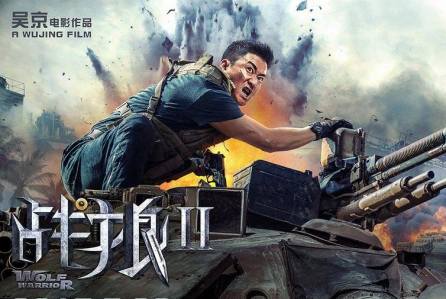 Wolf Warrior 2 may have been knocked off the top spot in China by the release of Luc Besson’s Valerian and the City of a Thousand Planets, but the hit action film managed to add another $15.8 million to its haul, pushing its takings in the Middle Kingdom to an incredible $810 million.

The film, which is directed by Wu Jing and sees him leading a cast that also includes Celina Jade, Frank Grillo, Hans Zhang, and Wu Gang, had already become the highest-grossing film of all time in China, and is only the second film in history to gross over $800 million in a single market. The first to do so, Star Wars: The Force Awakens, earned $936.7 million in the U.S. following its release in December 2015.

Wolf Warrior 2 had spent thirty days at the top of the Chinese box office, during the summer “blackout period” which prevents the release of foreign films. Christopher Nolan’s Dunkirk will make its debut in the market this coming Friday.