Did you ever watch Final Destination and plot out a much more grisly end for the poor souls in the film, before the Grim Reaper sprung its giant game of Mousetrap on the soon to be dead?  If your answer is, “Yes!”, then Death Coming – from indie developer Next Studio – is exactly for you as you’re going to pick up both scythe & robe and become said Grim Reaper.  However, if you answered, “No!” then move along, nothing to see here…

Death Coming is a pixel art non-linear puzzle game where each level has multiple way to progress. Targets can be killed in a variety of ways, and you can use a single object to reap multiple souls if you plan and time your ‘execution’ just right.

In Death Coming, the world is filled with NPC’s that will go about their daily lives and react to events around them. Should you cause a car accident and miss your target, the NPC will alter their behavior and change their routine. 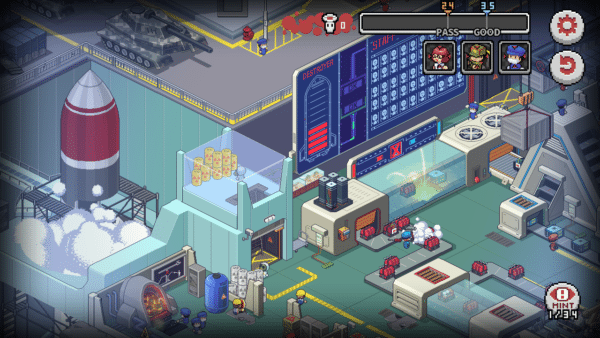 Observation will be key in Death Coming to effectively plan your elaborate ways of reaping. Observe the daily routines of your target and execute with precision.

While on the prowl as a reaper, the minions of heaven will be actively working against your evil machinations. Angels will patrol, levels looking to protect the living, so you must strike when angel patrols aren’t looking to avoid divine intervention.

Death Coming arrives on Steam Early Access this September, Kotaku named it “one of the five coolest indie games of PAX”, when it was shown at this year’s PAX West in Seattle.