Back in the late 1980’s a game appeared on the NES which turned the family orientated machine to the darkside; this game was called Castlevania.  Taking control of Simon Belmont it was your job to vanquish Count Dracula himself, along with hordes of undead.  Years later – on the WiiU – a homage arrived in the form of Citadale: Gate of Souls, honouring this 80’s release even down to its graphical style.  Now on Steam, Citadale: The Legends Trilogy has arrived.

A Dark Lord plagues the land … and only YOU can stop him. Play as Sonja Dorleac and bring an end to the forces of darkness by wielding the legendary Shadow Blade. Battle the creatures of the night with swords, axes, shurikens and more – and face off against horrific bosses. If you prove your strength, you can unlock alternate endings for the first two games in the series. A boss rush mode for the original game can also be unlocked if you get the “good” ending in first game! 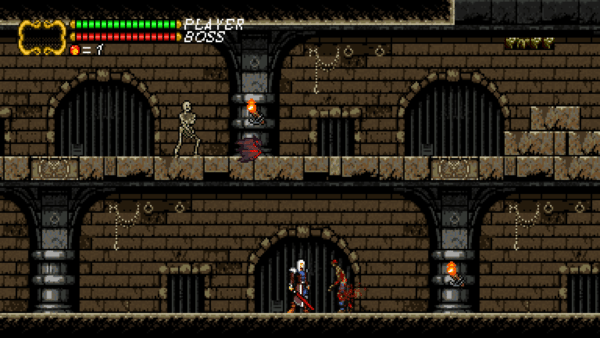 Citadale: The Legends Trilogy will be available on Steam (Windows, Mac, and Linux) on the 13th September for only $8.99 (10% off the game’s retail price), returning to its original price on the 20th September.