DC Comics has announced that it is partnering up with Turner Classic Movies to release Batman in Noir Alley, a one-shot comic book and 360-degree digital experience featuring the Dark Knight Detective. 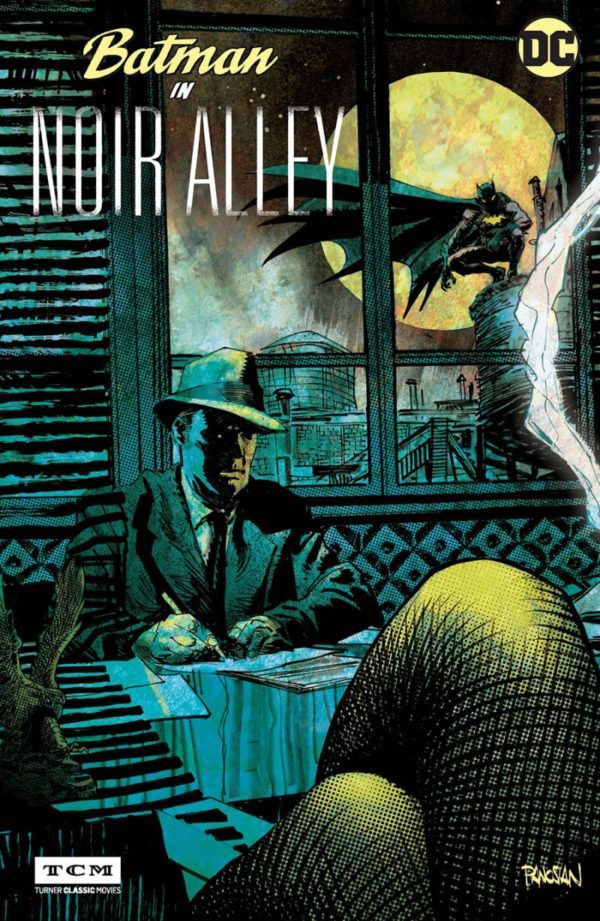 “At TCM, it’s our goal to continuously create fan-first experiences and provide opportunities to engage and interact with our brand both on and off the TV screen,” said Pola Changnon, senior vice president of marketing, brand creative and talent for TCM. “We’re always looking for new and exciting immersive experiences that provide the perfect opportunity to offer a deeper level of engagement for our devoted Noir Alley fans.”

The free comic book follows Batman and Muller on the trail to solve a case after the famed Moroccan Raptor goes missing from the Gotham City Museum. Written by Stuart Moore and cover art by Dan Panosian, the comic is available in select comic-book stores nationwide starting today and will also be available in DC’s booth at NY Comic-Con in October.

Utilizing 360 technology available on desktop and VR devices, TCM will bring fans a new virtual experience and digital exclusive entitled Noir Alley: 360° of Noir. The seven episode online feature will give fans the opportunity to immerse themselves even further into the dark and gritty world of film noir with a new, original story of kidnap and murder. Fans can search for clues, meet new characters and try to figure out who the culprit is in this new branded digital experience. Launching in October and available on tcm.com/noiralley, fans can follow Noir Alley on Facebook and Twitter to learn more. The 360 experience and digital episodes were created, written and designed by Sprocket Creative.