Elisabeth Moss and Gwendoline Christie have spoken about the ambiguous finale of Top of the Lake: China Girl. 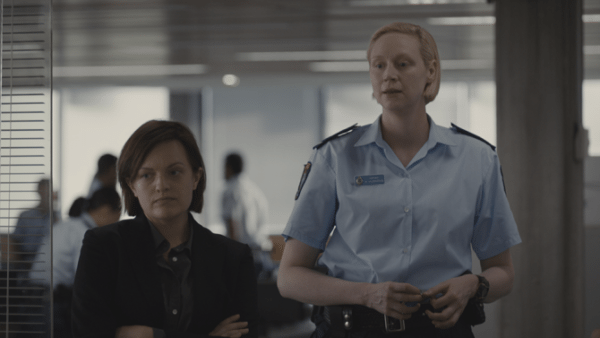 The series wrapped up on September 12 with the finale entitled ‘The Battle of the Mothers’, and ended with Robin (Elisabeth Moss) sitting by herself in her new apartment, watching an old video of Mary (Alice Englert). There is then a knock at the door but the episode comes to a finish with a close-up on Robin’s face before the audience can see who it is.

Speaking to Variety, Moss and Christie, who play detective partners in the series, spoke about the ambiguous nature of the ending.

“It’s definitely ambiguous,” said Moss, “which is totally so Jane [creator/director of the show Jane Campion]. You’re like, wait, what happened? And we filmed different versions of that ending as well. With the knock, without the knock — the knock was actually a late addition to the whole thing. We have many, many jokes about what the knock could be. I’d like it to be Miranda [Christie]! with Chinese food!”

“Of course it’s Miranda!” said Christie. “Why would anyone interpret it any other way?” 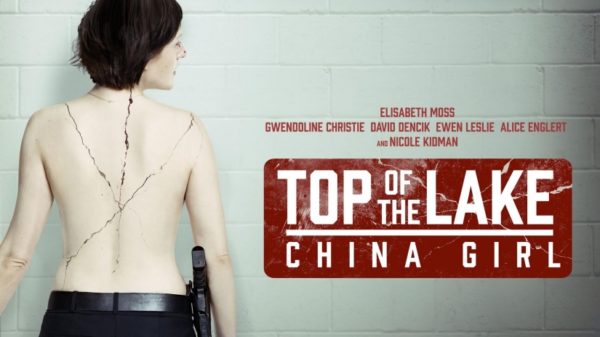 Christie was also asked about her character Miranda’s fate, who was in mortal danger by the episode’s end.

“It’s cruel, isn’t it? But then again, so is life. So for that reason, it feels quite realistic to me. It isn’t always the case in our classical storytelling that someone learns their lesson and has the most wonderful nirvana like life. Often they learn their lesson, and then something else terrible happens. So that felt completely realistic to me. Also, the reason Miranda gets hurt is through total poor judgment. In that, you’re not supposed to kick the box off — and Robin was telling her not to! But it’s Miranda’s impetuousness that causes that to happen. So you know, she’s trying to save the day, but she ends up contributing to her own fatal mistake. That felt very real to me, that that could happen.”

You can read the full interview over at Variety.