Alex Moreland chats with Andy Park about all things Marvel… 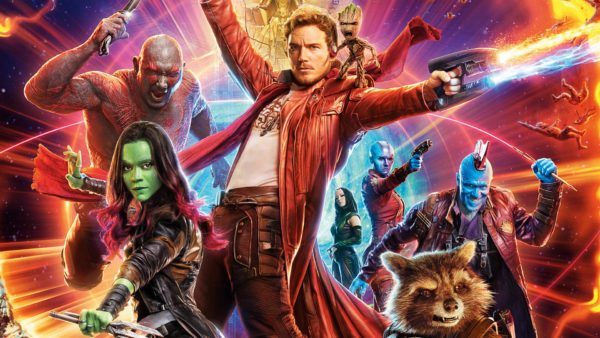 First of all, could you tell us a little bit about how you became involved with the Marvel movies, and what your responsibilities are as Visual Development Supervisor?

Yeah! I started at Marvel about seven, eight years ago – Marvel’s Kevin Feige and Louis D’Esposito decided it’d be worth it to have a group of in-house artists, because of all the connected films. So, back in 2010, Charlie Wen and Ryan Meinerding got permission to start this group; they called me, because I’d worked with them in video games for Sony back in the day, and they hired me. That’s when I started working at Marvel Studios, and I’ve been working there ever since.

I’ve worked on every single film since Captain America: The First Avenger; in the past few years, I’ve been promoted to Visual Development Supervisor, so now, me and Ryan, because of the amount of movies that we have going on, we split the responsibilities of making the film. So usually he’s leading three films, and I’m leading three films; I’ve done Guardians of the Galaxy Vol. 2, Thor: Ragnarok, Ant-Man and The Wasp, and now I’m working on Captain Marvel.

Guardians of the Galaxy has something of a reputation for being a bit more its own thing amongst the wider Marvel universe – how do you strike a balance between giving each movie a distinct visual style, but also maintaining the Marvel house style?

Yeah, I mean I think that’s kind of the beauty of having in-house artists, because inherently there will be some kind of connection in style already. But for Guardians of the Galaxy, that one was a really fun one to work on, because it was shortly after the first Avengers movie. It was a real departure, because it was the first time – with Thor we’d dabbled with other realms beyond Earth, but Guardians of the Galaxy was the first time we really got to play with the rest of the galaxy. What does the rest of the galaxy look like? How apart from the Avengers’ world is it?

So, yeah, I think that so much of that was the collaboration between us, the director, Kevin Feige… of course, with each director, they’re all going to have their own flavour, their own style, but that’s why having a group of artists, who have worked on our films, and understand the language of the MCU, as well as of course Kevin Feige and the rest of the Marvel team who are always asking how far can we go? What is that look that goes too far, to the point that it wouldn’t feel like part of the Marvel universe? It’s always a process of exploration, and a back and forth between us and the director and Kevin Feige.

What’s the process like, leading up to that final product?

Usually for every film we’re there right at the beginning of the process, a lot of the times even before there’s a script, or if there is it’s only a rough draft. We start sometimes before there’s even a director, or even a cast – with the new movies, there might not even be a lead actor or actress yet. So, we just start exploring. Of course, the thing that we always do first is look at the source material – these are all based off existing Marvel comics. We always start there; we just want to respect the source material. From there, there’s a lot of free range to explore what this movie can be.

For me, when I think about the first Guardians of the Galaxy, I saw that it could be like “Marvel’s Star Wars meets Mad Men”, and that was the direction I went in in the beginning. For Nebula, I looked at it like she could be our Sith Lord. With Star-Lord, for example, in the comics he has a very militaristic helmet – the origin is an old British military helmet – but his look in the comics, to me, can be a little bit villainous. I wanted to soften him up, so in the design that I did I opened up the top part of his helmet to reveal hair, and I remember when Kevin saw that he really liked that idea. So, even though I didn’t do the final design of Star-Lord, that part of the design I contributed stuck to the final piece. 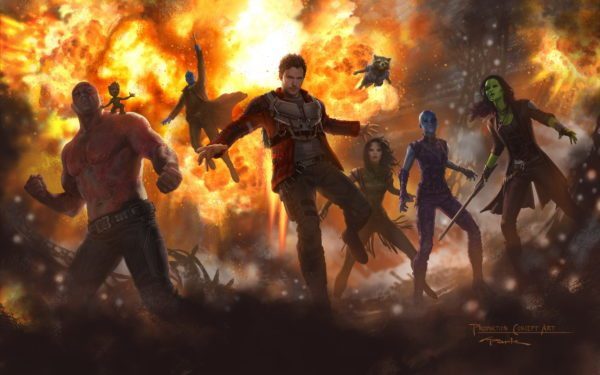 How do you strike a balance between drawing from the source material and bringing your own perspective to it?

How do I strike a balance with that? Well, it’s really an exploration of the design. It’s also not just me and my perspective; with each movie, there can be anywhere between two to ten artists working on designs. Every artist is bringing his own sensibility – we all look at the source material, we all explore what we think would be a good look for the character. Usually, once we go into full production, we have weekly meetings; we’ll spend a week designing as many as we can, maybe each artist will complete three to six designs, and then at the end of the week I’ll bring all of the artists’ work to Kevin, if there is a director at that point to the director, and we discuss the designs. “Oh I like that one, oh that’s one too militaristic, that looks too organic” – there’s a lot of collaboration and discussion from that point.

What would you say is the most rewarding aspect of your job?

I think it’s twofold, there’s two rewarding things. The first is when you spend so much time – for every character you see on film, so many man-hours are there, sacrifices like not being able to see our families here and there – but there’s so much work and passion that goes into every single design. When I work on Mantis for Guardians of the Galaxy, with so much work on that character going back and forth with the costume designer to get that final look that you see, to see that on screen… you can’t miss that feeling, you know? It’s very rewarding.

The second thing that I think is so rewarding is being able to lead the department, and being able to work with the artists that I bring on, seeing the amount of passion that these artists have. It’s a pleasure to work with people of this calibre, and the people that I work with inspire me as an artist every single day. I think those two things are the most rewarding thing about working here.

On the flip side of that, then – what would you say is the most challenging part of the job?

The most challenging thing, I think, is that not every single character is easy to find a look for, you know? There are certain characters where I’ve literally done three designs and we got an approval – for example on Ant-Man, it took like three passes on that design, but then on Thor: The Dark World, for the Dark Elves? It took me and the other artists over three hundred designs to get that, around six to nine months of work, and it took that long to get just that one look.

Thank you very much Andy!

Guardians Of The Galaxy Vol. 2 is on DVD, Blu-ray and Ultra HD Blu-ray now.