Today at the Fan Expo convention in Toronto, Star Wars Rebels creator and executive producer Dave Filoni and stars Vanessa Marshall (Hera) and Taylor Gray (Ezra) held a panel to discuss the upcoming fourth and final season of the series. They shared what’s in store for some of the characters, particularly how Ezra and Sabine will grow throughout the season, and addressed some of those teases in Rogue One about the fate of some characters.

One of the issues Filoni first addressed was the big role Sabine Wren will play in the season. As shown in the premiere two-parter ‘Heroes of Mandalore’ (which we reviewed here), Sabine’s journey in her own fight to unite her family and Mandalore against the Empire will play a pivotal role to her development.

“I think the biggest thing,” Filoni said, “is that we made some promises about what her origin was and suggestions that she had done something terrible, got separated from her family and that they had been ostracized from Mandalore. It was important to deal with those things. Sabine’s character has gotten to the point where she’s pretty much almost as big a lead as Ezra in a lot of ways, which I think is really strong.”

Ezra will also be facing some big decisions in the final season, according to Gray. We’ve already seen hints of Ezra teetering between the light and dark side, something that was again teased in the Season 4 trailer, but the final season will focus on how much he’s changed since the beginning.

“It has been a fun journey for him. He’s this street rat at the beginning of the show. He didn’t know anything really, he had never been off of Lothal. Now after three seasons of traversing the galaxy with this crew, I think he has a newfound responsibility. We see him take on bigger tasks with the crew and he has more od a leadership role as well, but he’s still trying to figure out who they are as he goes.”

As for what lies ahead for Ezra and the rest of the crew, Gray said “The fourth season is so big. The obstacles that are thrown at them are the biggest to date, obviously. The way they deal with it will be really interesting. Ezra grows a ton in Season 4 as well.”

Season 4 certainly does have that epic feeling, not just in ‘Heroes of Mandalore’, but in some clips we were shown. One clip shows something fans have been desperate to see for a long time now: Hera leading a squadron of starfighters against Thrawn’s forces… in an X-Wing! 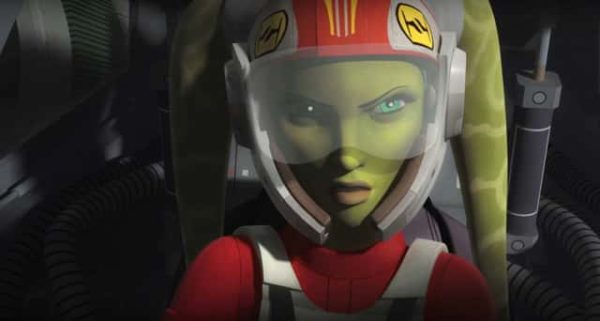 Marshall actually got pretty emotional just talking about the clip, describing how much it meant seeing that. “Just seeing that, I was thinking back to the first film and I can’t even imagine as a small child to ever being in an X-Wing like that. Especially with the gear she has on, it shows her journey from Season 1 to that moment in the X-Wing, its just epic.”

Another clip focused on Hera, but this time on the relationship between Hera and Kanan, highlighting the feelings that have only lingered on the surface between them. “As you know, they’ve always shared a special affection for one another,” said Marshall. The stakes have been so high and their lives have had so much danger that they haven’t had a chance to pursue things. They’re obviously very close and I’m excited to see what happens with you guys as the season airs.” 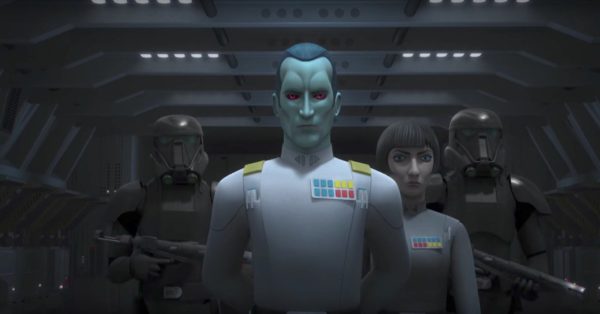 As for the big bad himself, the fan favourite Grand Admiral Thrawn, we can expect to see more of him as well as a different side to the villain, showing the internal strife he must deal with in the Empire. “Thrawn is involved in a couple tactical arguments with the Empire itself with how to fight the war overall,” Filono teased. “As is often the case with emperors, they think they know how to run wars but the generals are actually good at it. There’s a bit of a case going on where Thrawn has ideas tactically about what types of weapons they should be producing to win the war against the Rebellion now that he’s assessed what their threat is.”

One of the biggest elephants in the room when it comes to Rebels, though, is the fate of Ahsoka Tano, who was last seen fighting Darth Vader in the Season 2 finale and possibly descending down a set of stairs in defeat. There’s been a lot of speculation over that image, whether she’s alive and wounded, dying or just becoming a Force ghost. Filoni has been nefarious in teasing her fate, going so far as to wear a ‘Ahsoka Lives?’ t-shirt at Celebration this year. Ever the tease, Filoni continued speculation, saying that the final image and the owl that was seen at various points with Ahsoka could “probably not” mean something. He did, however, show off some more of his sketches of the former Jedi. 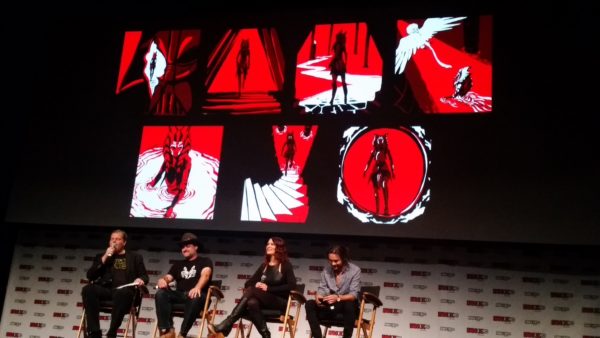 Whatever the case may be for Ahsoka and what lies ahead for Ezra and the rest of the Ghost crew, Season 4 of Star Wars Rebels seems filled with some tense and impactful storylines.