Ballers meets The Game with Action Lab’s upcoming series Force from writers Shawn Pryor and B. Alex Thompson and artist Jay Reed, and we have a first look preview of the debut issue for you here; take a look… 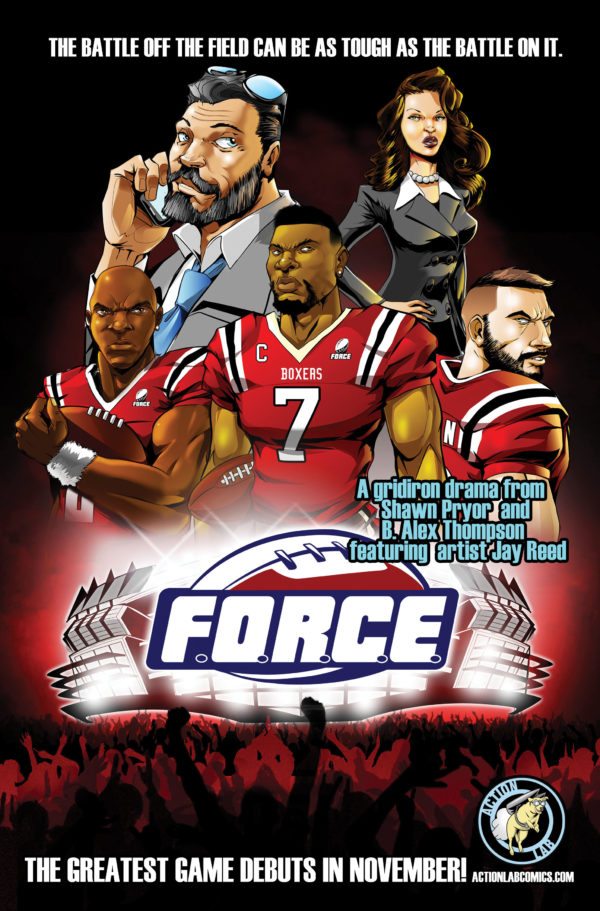 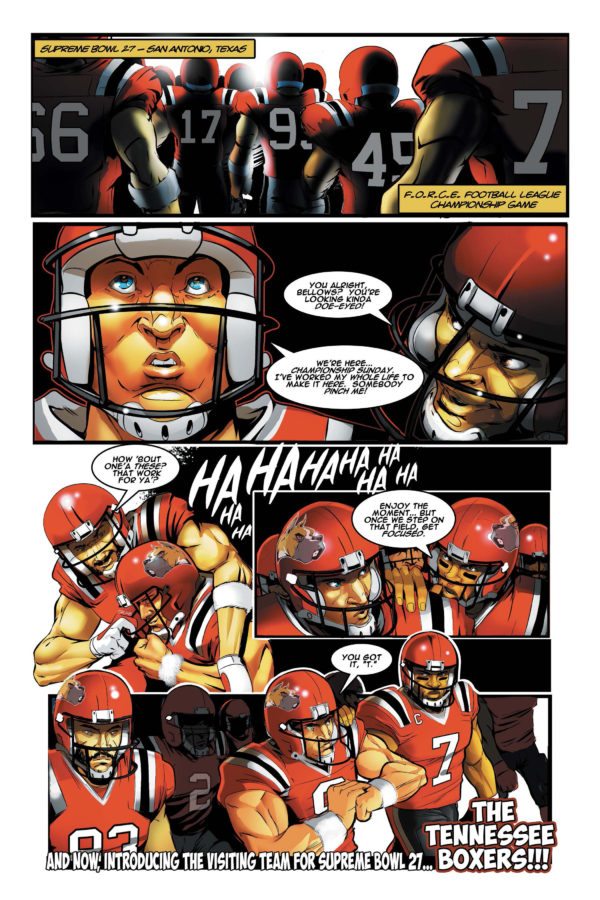 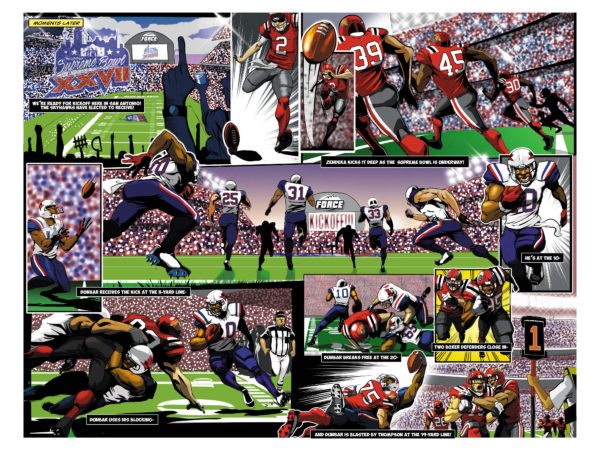 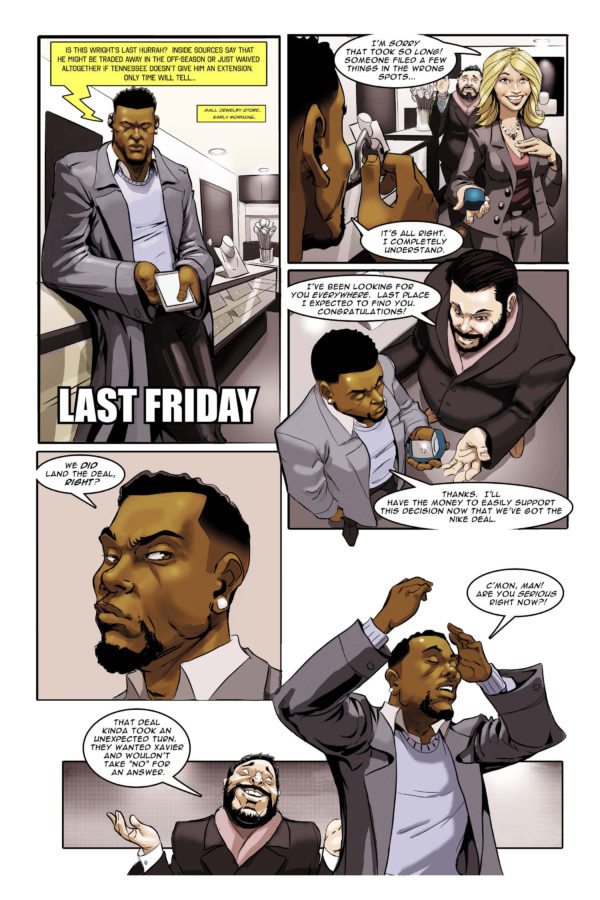 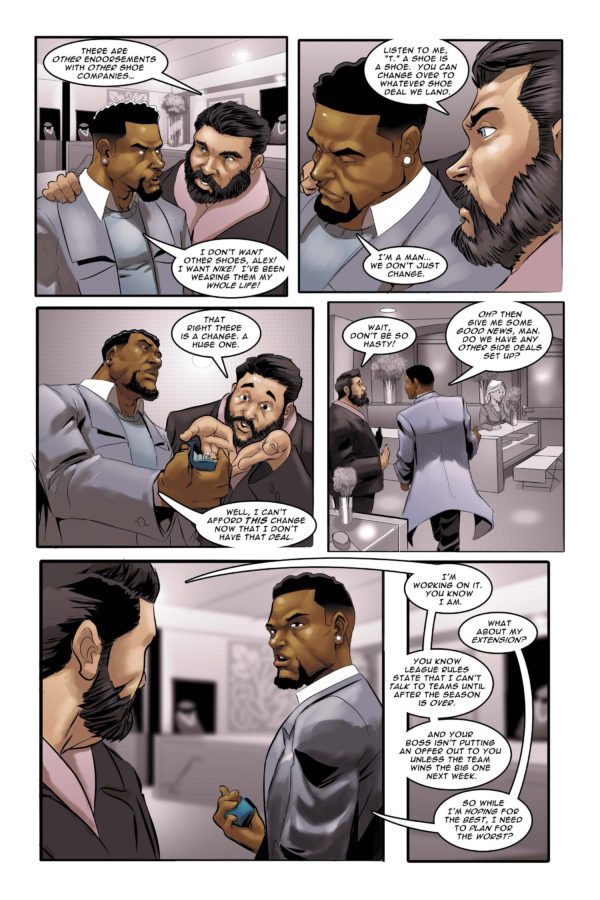 Terrance Wright, the starting quarterback for the Tennessee Boxers, is at the tail end of his career. Hoping for one last big payday, he’s doing all he can to lead his team to victory at Supreme Bowl XXVII.

But events leading up to the big game could possibly alter Terrance’s future in professional football. Will dealing with shaky finances and physical health, his scheming and calculating agent, a rookie quarterback that’s on his heels, and a personal relationship with the team’s operations manager take him to his breaking point, regardless of the outcome on the gridiron?