Hollywood legend Harrison Ford has expressed his thoughts on potentially returning to Star Wars in the future. 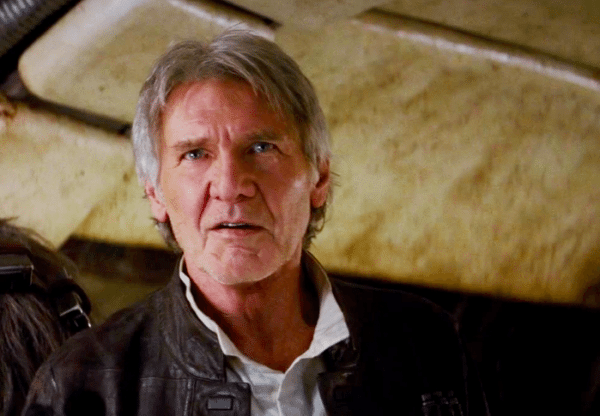 Shortly after the world was gripped with excitement at the prospect of Ford and his original Star Wars co-stars returning to the franchise for Star Wars: The Force Awakens, we are now in a position to discuss if he will ever appear again.

Thanks to the blade of his son Kylo Ren, Han Solo is no longer alive and kicking in the Star Wars universe, and when asked during a recent interview with GQ if he could perhaps return once more in some way, he didn’t seem too confident.

Ford then finally clarified his personal feelings regarding coming back down the road: “I’d rather not. You know, at this point I’d rather do something else. Just because it’s more interesting to do something new.”

Sorry, Han Solo fans. We’ll just have to make do with the character’s spin-off movie when it makes its way to cinemas. Ford will however be reuniting with Lucasfilmwhen he dons the fedora once more for Indiana Jones 5 in 2020.