Samuel Brace on The HBO’s The Deuce…

HBO’s new series The Deuce is a show filled with bad people doing bad things, with not a shred of light to be seen.

I’ve never really needed to like characters in movies or in TV shows. I’ve never felt the desire to relate to, or appreciate, the actions of fictional people doing fictional things. Good drama is good drama. Right? This has always been my default position, and I’ve defended films and shows that people have attacked or disparaged because they say there is no one to like and no one to root for. This is something that the few people who don’t like the show have said about Breaking Bad. They say that “no one is likeable here, there’s no good guy, who am I to root for?” It’s an argument I’ve never understood. But it is an argument that I am starting to come around to, not in relation to Breaking Bad (which I will explain) but in relation to HBO’s new show The Deuce.

The Deuce is a series created by The Wire’s David Simon, set in 70s New York about prostitution, crime, and the rise of the porn industry. It’s a fabulously made show. The Deuce looks beautiful, sounds beautiful, and is replete with top notch performances by actors delivering excellently written dialogue. It’s not the quality of The Deuce that’s the problem; it’s the fictional world depicted that is giving me cause for concern. There is not a single person in this show worth liking, not one individual worthy of praise or admiration. In fact, The Deuce is a show rampant with truly awful people doing some truly despicable things.

And I’m not talking about the act of prostitution – selling your body for sex. The acts that I am talking about are sexual slavery, murder, fathers abandoning their wives and children for no good reason (without a second thought), and a mother clearly capable of caring for her child (with different life choices) deciding not to. There are zero redeeming qualities in the characters that so far populate this show. Off the top of my head, the only character whose actions that aren’t entirely repulsive is the police offer played by The Wire’s Lawrence Gillard Jr. – and this is probably only because we’ve seen next to nothing of his personal life.

In fact, the characters with which you sympathise the most are the prostitutes who are enslaved by their pimps,  the people who, sure, have made some terrible life choices, but likely are a product of their environment who certainly don’t deserve what’s happened to them. Perhaps this is intentional, perhaps The Deuce has designed things this way to elicit sympathy for the sex workers by showing the truly repugnant actions and lack of values stemming from the world’s other characters. Though, Maggie Gyllenhaal’s character, a prostitute, is indeed that aforementioned mother that refuses to be a parent to her child. The point is, no one in this show is without sin. 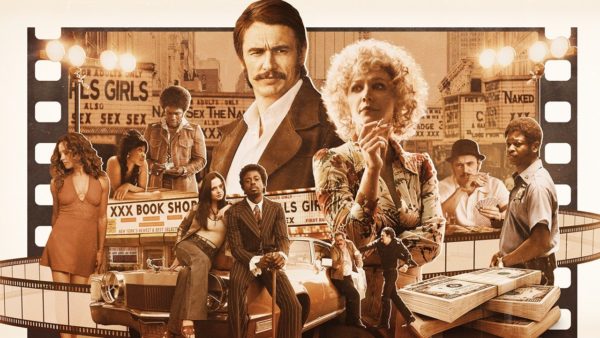 Now, as mentioned at the top, none of this would have, in the past, been a deal breaker for me, or a reason at all not to like or enjoy the show. But while my attitude towards these things may have changed somewhat over the years as I’ve grown older, the true difference between The Deuce and a show like Breaking Bad is not the action per say, but the reason behind said action, the motive underpinning the crime and not necessarilythe crime itself. Walter White wasn’t an evil man; he did some horrendous things and was truly detestable by the time the show finished, but while his actions aren’t forgivable in anyway, he did what he did, at least initially, to provide for his family. Now, of course, the character admits this motive came to be corrupted as time went on and in the end he was doing what he did for himself as much as he was for his family. But the crux of the matter is that Walt had some, at least at first, redeeming qualities, as indeed did a few other characters that populated the show.

None of this condones what Walt did of course, but this is the difference between a show like Breaking Bad and a show like The Deuce. As far as we can tell, no one in The Deuce is doing anything for the right reason; there is no shred of light to be found. It should be said that The Deuce has only just begun; its third episode arrives in the US this Sunday, so there is every chance that the good behind these dark individuals and their actions will be revealed, and this really is my hope for the show going forward. The Deuce needs to find its moral centre; it needs to find someone, anyone which audiences can pin their hopes on. It doesn’t matter who, perhaps James Franco’s piece of crap bartender can realise the error of his ways by the show’s end and do the right thing. But this dark journey needs to have some light at the end of the tunnel for this ordeal to be worth it. 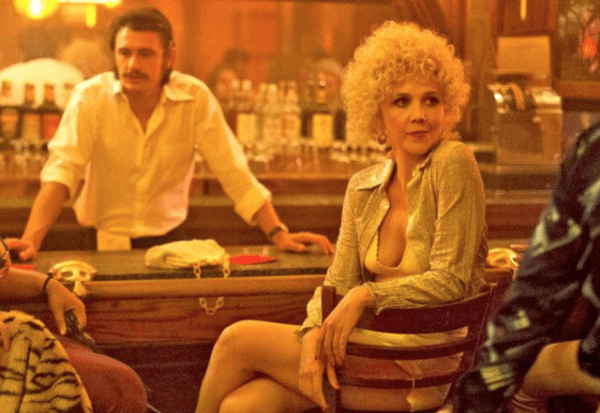 It’s okay that The Deuce has started out in such a depressing state, this is a fine place to begin things, and it can get worse before it gets better… but it must get better. This show needs to be a redemption story, at least for someone. If The Deuce remains down in the dirt with the worst society has to offer, without any kind of light finding its way in, this will be an incredibly hard slog, unrewarding in every sense, and even more difficult to defend. Fiction doesn’t need to be replete with likeable characters, or be populated by myriad angels, but by seeing some of the good that people have to offer will make witnessing the bad all the more effective, and will make The Deuce an infinitely better show.