The feature will follow a “series of down-on-their-luck individuals who enter the decrepit and spine-chilling Rialto theater, only to have their deepest and darkest fears brought to life on the silver screen by The Projectionist (played by Mickey Rourke) – a mysterious, ghostly figure who holds the nightmarish futures of all who attend his screenings. By the time our patrons realize the truth, escape is no longer an option.”

“I love being able to bring together visionaries of horror cinema from all around the world with their personal perspectives about what scares you,” said Garris, who is producing with Courtney Solomon, Mark Canton and Joe Russo. “This is a project I’ve been working on for some time and I couldn’t be more thrilled to partner with Cinelou and Good Deed to share with everyone.” 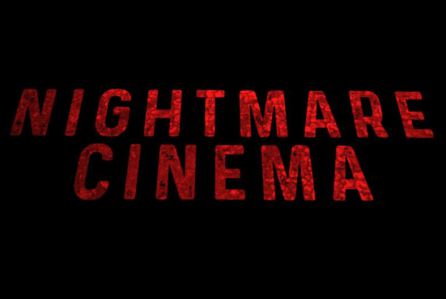 “We’re excited about Nightmare Cinema,” added Canton. “When Mick Garris brought us the opportunity to collaborate with a group like this, it was easy to get behind. Horror has become an industry strength again. When you look around at recent successes of films like It or Get Out, it’s obvious there’s a hungry audience out there that can’t be ignored.”

In addition to the feature, it’s also said that a TV series is in development, which would be in the vein of classic anthology shows such as The Twilight Zone and Tales from the Crypt.