A reclusive circus master invites a group of social media stars to his house of haunts. Anyone who can make it out before being scared into submission will earn $250,000 – but the stars soon learn they are not only competing for money, but also fighting for their lives.

You’ll see a lot of films on the horizon with killer clowns. In fact you’ll have seen many already over many years of horror offerings. Pennywise is readying himself for a few weeks of terrorising the world on his big screen debut. Meanwhile, we have Circus Kane, which whilst not centrally about a killer clown, does feature a killer clown. It’s a fear that seems to strike a chord with many. As far as myself I used to climb the walls in terror at Tim Curry’s portrayal of Pennywise in the TV mini-series of It.

In Circus Kane, a reclusive circus master invites a group of social media stars to a haunted house of terror. The goal is to make it through without being scared into submission. The final survivor will win $250,000. However the wannabe celebs, consisting of vloggers, bloggers, minor horror actresses and (gulp) film reviewers are in for a surprise when it transpires they are really fighting for their lives. On paper it reads like a fairly middle of the road VOD horror flick. 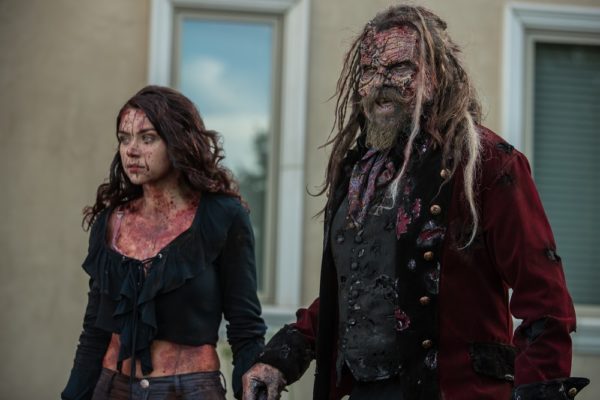 However…the film offers up plenty of surprises. Firstly this is like a really messed up version of The Crystal Maze or Knightmare (80’s kid alert). The house of horrors, replete with booby traps is well done. The whole film is played with an almost wry grin and no shortage of a satirical undercurrent or two. It’s also aided by a strong cast. Whilst there’s not too much development given to anyone, there’s enough “personality” with each character to stand out. Everyone has their clearly definable tropes but without succumbing to wooden acting or having simply been cast on looks alone. They are ultimately disposable but at least somewhat likeable (and definitely gamely performed).

The film looks great. There’s some B movie horror legacy behind this. It’s directed by a Ray. Not Fred Olen Ray (a sort of Ed Wood figure and a bit of a B legend among genre fans for his relentless output) but his son, Christopher Ray. In the same way as his father (at his best) the film is unabashedly entertaining start to finish. Although the satirical bite is also to be commended in the form of Zack Ward and James Cullen Bressack’s script. The two are well-known within the horror and B movie circle. Ward has done a few films with Uwe Boll, as well as being a regular horror actor (writer, director and producer). So he’s no stranger to bad reviews. Nor is Bressack, an up and coming director specialising mostly in a genre that gets largely annihilated by critics (check out Bethany, an enjoyable horror). I doubt it’s with a forceful vitriol, but there’s certainly a dash of retribution when a selection of these house of horror victims happen to be horror bloggers or film reviewers with a heady sense of self-importance. I found the nod amusing more than catty, and certainly the film also takes aim at a certain culture of vapidity without pressing the point too much or becoming self-righteous. The balance is just right. 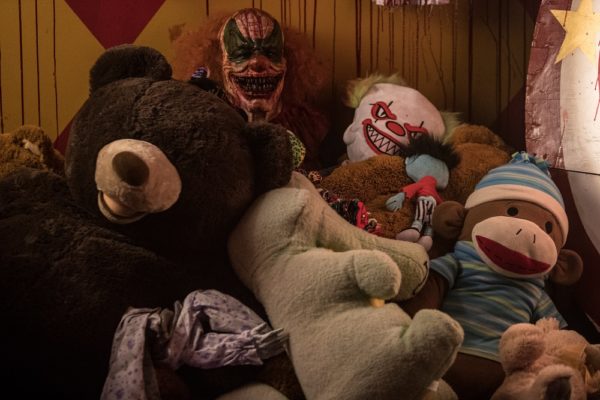 So the film is imaginative, it looks good, and has memorable despatches but what really makes this one enjoyable and stand out above the crowd in this market is the performance of Tim Abell as Kane. As a straight to video connoisseur for over two decades, I’ve crossed paths with a Tim Abell film on many occasions. He has always been a solid character actor and reliable villain. He’s a whole other level here though. The role is interesting for starters but he’s just so immersed in it. He’s theatrical, intense, threatening, playful and clearly having a great time. He’s pushed something here that really shouldn’t be, into the realms of franchise potential. A character and performance worthy of becoming a new Freddy.

Horror fans will find lots to enjoy about Circus Kane. Whilst it treads familiar ground, it does so with enough vibrancy and with a fantastic villain, to make it well above the average.