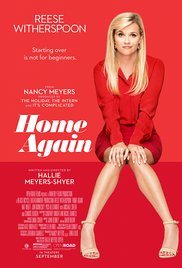 Life for a single mom in Los Angeles takes an unexpected turn when she allows three young guys to move in with her. 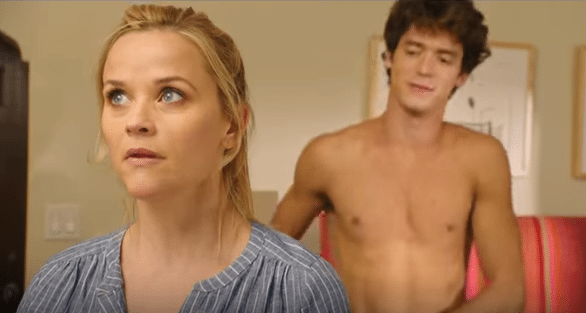 Home Again is dead on arrival as from the very beginning it is asking audiences to sympathize with the problems of privileged rich folk, specifically the struggles of Alice (Reese Witherspoon) trying to raise a pair of children after separating from her husband Austen (Michael Sheen) and heading back to Los Angeles where her deceased father was once an Oscar-winning filmmaker gifted with the ability of tapping into human emotion. The kicker is that neither the script nor direction from first-time writer/director Hallie Meyers-Shyer (daughter of notable romantic comedy filmmaker Nancy Meyers, who has made some legitimately great movies such as The Parent Trap)  is very successful at portraying authentic personalities and real people, instead offering a sanitized, annoyingly conventional, and fake observation of a midlife crisis.

Obviously, there is a reason why the setting is the luxurious high life of LA; Alice meets three aspiring filmmakers trying to find a distributor for a small time project they are working on getting off the ground. Also, because this is a romantic comedy (although it should be noted the movie doesn’t necessarily attempt much humor outside a wonderfully executed Captain Phillips dialogue reference and an immature fist fight), everyone meets in a bar where things quickly become steamy at home between Alice and Harry, easily the most flirtatious and advancing of the trio), thanks to the overwhelming amount of attractiveness bursting from the ensemble cast. Harry is the director of this tight-knit close group of movie making friends yet he looks like he should be up for leading roles in, well, projects similar to Home Again. 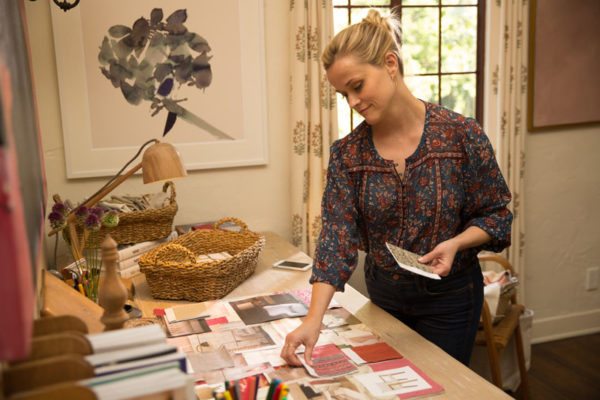 After some convincing from Alice’s mother (Candice Bergen), the three broke and down on their luck friends are granted access to temporarily live in the guest house until they find some footing in the crazy world of Hollywood. While meeting up with various agents and taking on separate side projects, the friends each become close to the family in their own way while usually also getting more intimate with Alice in the process. Basically, now we are supposed to care about a woman undergoing a midlife crisis that also has three handsome dudes helping out with her children, fixing up aspects of the humongous house, with Harry even giving her some action. Where is the conflict and why should I care about any of this?

Not to spoil too much (then again, it’s not exactly a mind blowing narrative), Austen gets word of three men shacking up in his wife’s house and decides to stop being a work obsessed record agent focused on finding the next Sam Smith to come home and manipulate his way back into a relationship. Will the filmmakers end up fighting each other over Alice? Will they fight Austen? Who will Alice choose to date? Truthfully, it’s hard to imagine anyone caring, but this is where it needs to be mentioned that Home Again falsely tries to subvert clichés and expectations. In the end, the movie is more about Alice starting her life over, but the romantic elements are still there, they’re just not in your face. Someone may have thought the way the film is wrapped up was clever and refreshing for a film of this genre, but it’s honestly just one awkward conclusion. Home Again exists so far from reality that 15 minutes into the movie, maybe less, people will mentally check out. 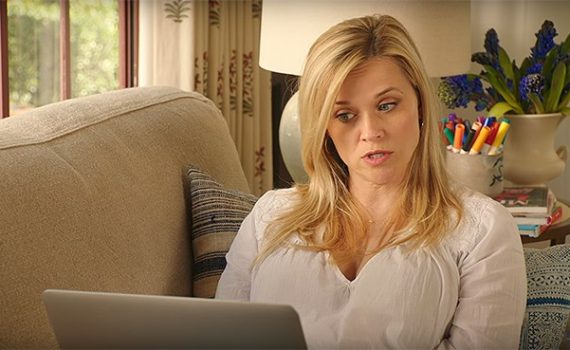 However, to be fair, nothing in the movie is offensively terrible. Sure, the performance from Pico Alexander as smitten hot rod Harry is unintentionally hilarious with his dialed-up to 11 charmingly monotone voice, and the musical score sounds like elevator tunes half of the time, but the film isn’t necessarily terrible. It plays everything too safe to be outright atrocious. The only real surprises in the movie are super random scenes where our sexy hopeful filmmakers decide to drop a seemingly important conversation to take off their shirts and go swim in a nearby beach. Fan service for the ladies I suppose (there are lots of shirtless men here). Anyway, I will give credit to the child actors for managing to be adorable and somehow able to deliver awkward dialogue pertaining to depression in a manner not really coming across as offensive.

Still, when it comes down to it, Home Again is a movie about a rich woman with rich people problems. The plight of the aspiring filmmakers occasionally does shine through as something to root for, but it’s all wrapped up in hallmark storytelling. A better film would have given a more involving dynamic regarding the rich and the poor, and characters that actually feel real and believable. It’s no fault of the actors (Reese Witherspoon is serviceable in the role of Alice); Home Again is simply dull.