A couple’s relationship is tested when uninvited guests arrive at their home, disrupting their tranquil existence. 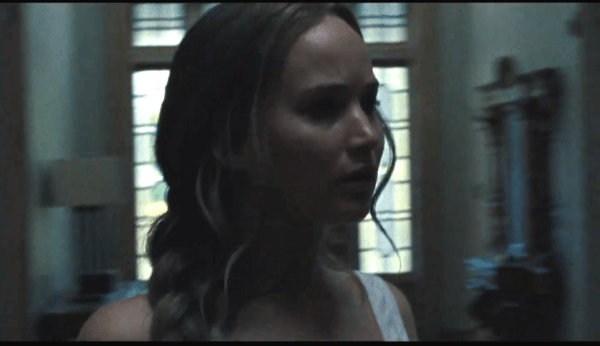 An isolated home surrounded by nature may seem like an ideal paradise and not the most efficient way of wide scale blasting everything from celebrity sycophancy to religious cults, but when has writer/director Darren Aronofsky (Black Swan and this critic’s personal favorite movie of all time, Requiem for a Dream) ever not been ambitious? Anyone that has ever sat through one of his films is completely aware of his no holds barred, button-pushing, anger-inducing approach to taboo themes. You can’t really blame the auteur; he has something to say and he’s going to express it with blunt force.

In mother!, Aronofsky’s muse this time around is Academy Award winner Jennifer Lawrence, who is paired with the equally talented Javier Bardem. Their characters receive no names, instead credited as Mother and Him, and seemingly have a happy marriage underway despite the generational gap between their ages. With that said, it’s also interesting to note that Darren Aronofsky is in his late 40s and dating the 27-year-old Jennifer Lawrence, leaving one to wonder if, and just how much, the celebrated filmmaker is pulling this and the unrelated controversial material that follows from his own thoughts, world views, and beliefs. 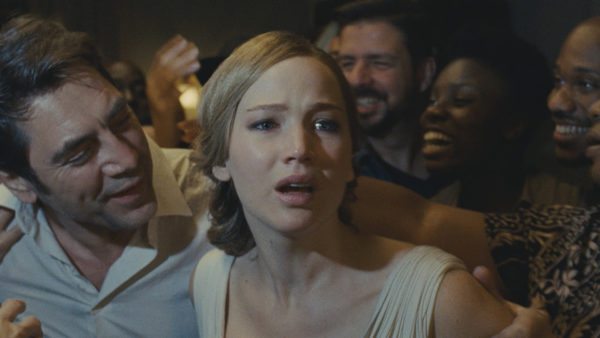 Speculation aside, mother! is assuredly about the all-too common unpleasant dynamic in a relationship where one person, typically the woman, is taken for granted to the point of invisibility. Strangers played by Ed Harris and Michelle Pfeiffer randomly show up (the direction here is excellent, knowing how to ramp up tension and the right moments to give audiences a little more information), and are taking a liking to by Him. How much? So much that he is grateful that someone finally appreciates his work, which is something that he actually tells Mother while her words of “I always express my love your work” go in one ear and out the other. Adding insult to injury, she is left cleaning the house and doing laundry while the men go on a hike. Not to spoil too much (that would be an absolute crime with an experience this insane), but more uninvited guests arrive and are welcomed with open arms by Him, who completely ignores the fact that Mother is about to have a mental breakdown any second. To be fair, who wouldn’t? The situation spirals into chaos involving reckless partying, murder, and destruction, all which Him nonchalantly shrugs off because he now has potential inspiration for his poetry.  Also, he’s a self-centered fame hound obsessed with fan attention.

Jennifer Lawrence sells this pandemonium in top form (at the very least, she deserves an Oscar nomination); she is vulnerable, possibly a little unstable (we see her slip some sort of potion into her water whenever things get otherworldly), and most importantly, knows how to erupt like a volcano when all control is lost. Whenever Him rudely says something ignorant without even the slightest bit of consideration for her feelings, we feel her pain thanks to beautifully realized facial expressions of genuine hurt. The decision to never leave the perspective of Mother also pays off, allowing us to better relate to the paranoia, anxiety, and all-around confusion that is consistently cranked up until reaching absolute insanity. Regardless of her vivid imagination, she is still the sanest person in the entire movie. 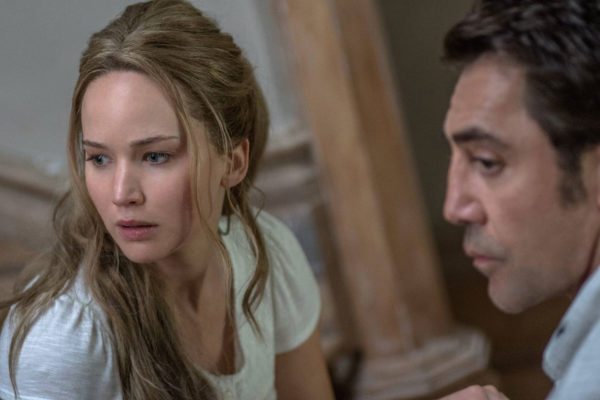 What’s important to make clear is that mother! intentionally does not play out grounded in reality. Even the character of Him is an exaggerated take on spouse neglect, but Aronofsky builds off of one theme to aim higher into further stimulating content. At the halfway mark, mother! firmly enters the realm of full on dark twisted, tragic fairy tale after hinting at some sinister horror vibes throughout the first hour. And that’s exactly what mother! is; art-house horror that shreds nerves while sickens you to your stomach. Ambition continues to be strong with Darren Aronofsky, as this ride begins with social commentary on relationships and before you know it, suddenly has become a bonkers retelling of the birth of Christ.

All of this warped chaos is lensed by frequent Aronofsky collaborator Matthew Libatique, and together they have once again excelled. Subtle observations like how bright the colors are outside in contrast to darkly lit rooms inside the house are creatively composed by using distance shots that allow both to fill up the frame. There are also quite a few unbroken takes, used more liberally during the film’s multiple crescendos, that heighten the horror taking place. And trust me, there is some dark imagery here that the duo fearlessly showcase.

There will be people that walk out of mother! at various points, even though they shouldn’t. Aronofsky is once again challenging audiences in the maniacal, extreme way he has perfected. The scariest aspect of mother! is that it sadly is actually a cautionary tale, demanding audiences to reflect on their bad habits before careening into an unhealthy mindset. Love your life partner, don’t give one single fuck about fame or followers, and live your life in a way that is not reminiscent of a cultist. The reason the film draws attention to the fact that there is a generational gap between the ages of the two lead characters is simple, it’s uncomfortable at first but easily the least fucked up thing in mother!. Prepare for unabashed, unforgettable madness.