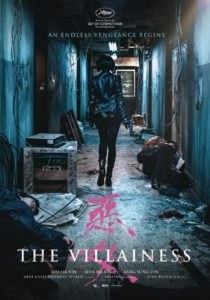 A woman assassin leaves a trail of bodies behind her as she seeks revenge. 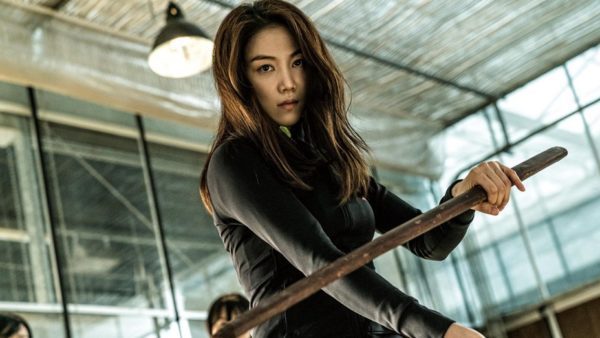 The Villainess starts off with one hell of a chaotic fight sequence reminiscent to, Kill Bill, The Raid and Hardcore Henry (the entire extended battle takes place from the first person perspective and is all one highly impressive unbroken take), and is violent and visceral to the extreme complete with blades, guns, and blood painting the walls red. Going in blind, I legitimately thought the whole movie would play out this way, but then things shift into a more conventional structure and narrative. Sook-hee is on a warpath of vengeance until she can bring justice to the man that murdered her father in cold blood.

At the same time, a government agency views Sook-hee as useful for getting close to wanted criminals and the like, so they decide to send one of their own undercover in a secret operation with the goal being to become friends and then ultimately lovers. Now, anyone that has ever seen an action thriller before is aware of the predictable fate that this man will catch feelings for real and decide to disobey multiple mission orders in order to do the right thing. However, it’s not that bad to sit through as the writing and character work is just good enough. 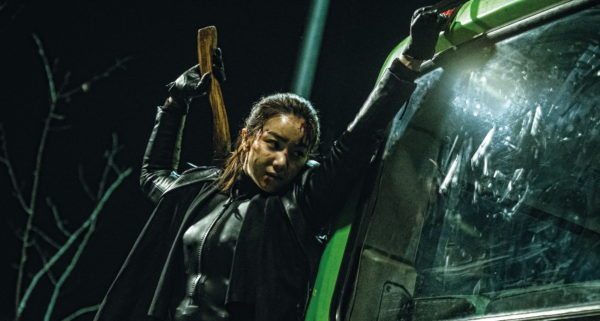 What really makes The Villainess function though is the decision to dive deep into Sook-hee’s past by featuring numerous important flashbacks that detail critical moments in her rough life, whether it be the murder of her father or her own first time taking a life. In a way, she was robbed at an early age of a normal life, sending her on the path of deadly assassin quickly. There is more to it, but I don’t want to give everything away; the film’s commitment to presenting Sook-hee as someone more dimensional than the bloodlust murderer allows the action sequences to have a greater meaning. There is a great deal of sorrow and hurt palpable underneath all her revenge obsessions, which Ok-bin Kim shows delivering a strong performance.

And speaking of those elaborate,show-stopping set-pieces, The Villainess is determined to make audiences remember every bombastic segment of carnage. The scenes usually involve car chases, but there is a strong amount of creativity here that stands out, like blades clanging together while hitmen dodge traffic and debris on their motorcycles. Still, it’s hard to shake the feeling that the opening display of bloodshed is by far the most innovative and essentially the best sequence of the whole movie. They’re not all about direct confrontations either, as there is a fairly tense sniping scene that takes place on a crucial day, which adds an interesting dynamic to the mission. That doesn’t mean I’m saying it’s all downhill from the first blast of mayhem, but the bar is lowered ever so slightly. However, it does feel that there should be at least one more big sequence in there, as the middle is devoid of much action. 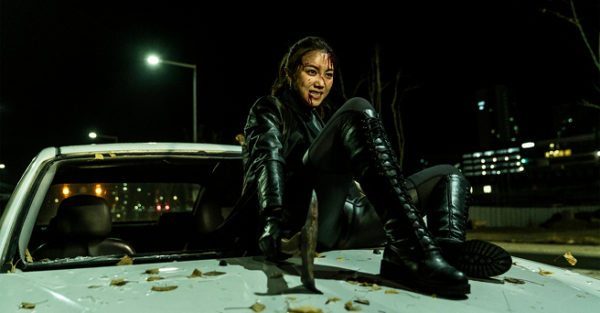 The Villainess is also a twisty film with quite a few turns coming out of left field, but they also make the proceedings moderately more entertaining. It may not carry the desired intended emotional punch considering that Sook-hee is the only character explored to a worthwhile degree, but I can’t say I was bothered by it. More reasoning would have been nice, but all roads lead to one insane climax with a sinister closing shot. The Villainess may be an uneven experience, but it does care as much about its central character as it does soaking every battle in vibrant shades of red. Even though it’s not up there with the best of the genre that Korea has effectively mastered, it will assuredly satisfy those looking for a new and similar experience.