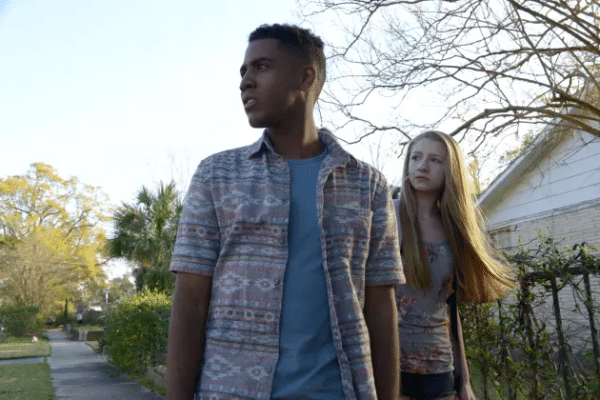 This slowly gets under your skin. Working its way through open pores, seeping into sweat glands, tear ducts and every open orifice. Between the high-tech surveillance talk, on-line harassment and seedy conversations over webcam there are darker elements at play. Alcoholics, liars, incestuous couples and torture porn levels of discomfort are rife beneath the surface of Mr. Mercedes. Discussions on a Manson coined phrase known as creepy crawling adds real detail to the fictionalised world on offer. Four letter words are used with abandon by our recently retired policeman as he inches closer to his assailant, whilst he demonstrates a talent for burning bridges and sabotaging relationships.

Last week I pointed out that virtually everyone in this show is damaged and so it proves. Brady is so close to imploding you watch in awe as he indulges his madness, hatred and murderous obsession through driver side self-abuse and dream state Death Race 2000 flashbacks. Slowly but surely Hodges and Brady are being drawn closer together in their desire to confront each other. All others are bit part players in their drama, as each man pokes the other in an attempt to get a reaction. 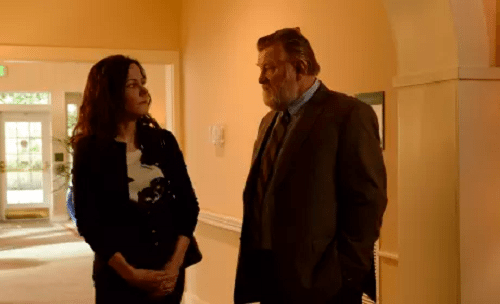 Jack Bender continues his measured direction glossing over the supremely darker elements by passing them off as every day. Lynch impresses more each week as her mother shows deeper and deeper levels of gutter trash behaviour, which illustrate a lack of love, loss of respect and reliance on her son. That Bender chooses in the final moments to cross-cut between her and Hodges whilst an old-fashioned tune plays in the background, says more about Mercedes than you may think.

T Bone Burnett the musical supervisor on this show provides certain scenes with interesting tonal shifts through accompaniment. That it happens to be old-fashioned, acoustic or classic bluegrass jazz standard gives us an odd juxtaposition of on-screen antics and audience interpretation. Without it Mercedes loses something fundamental which Gleeson, Taylor and Treadaway would fail to fulfil otherwise. It only struck me this week how important Burnett’s contribution has been in setting mood, expanding character and creating a little darkness of his own for our appreciation. 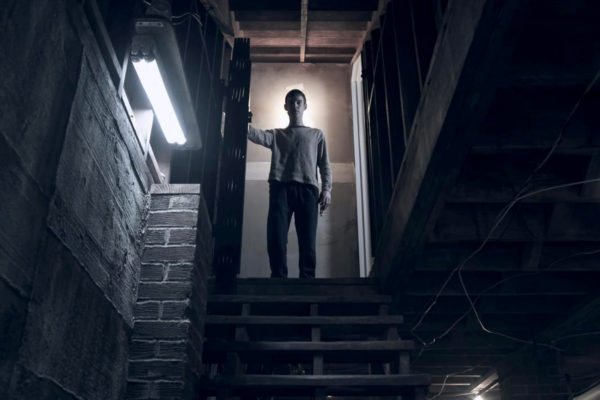 That maybe the point though as ordinary life hides many secrets and people live their lives in fear of being forgotten or worse still being average. Behind every door, locked away somewhere in every house is a secret buried deep which you would prefer no one talked about. Mr. Mercedes taps right into that paranoia bringing us horror by suggesting such things do exist and only consequences stop others from committing murder. Wherever you live in this world you walk past a Brady every day, which is definitely a less than comforting thought.