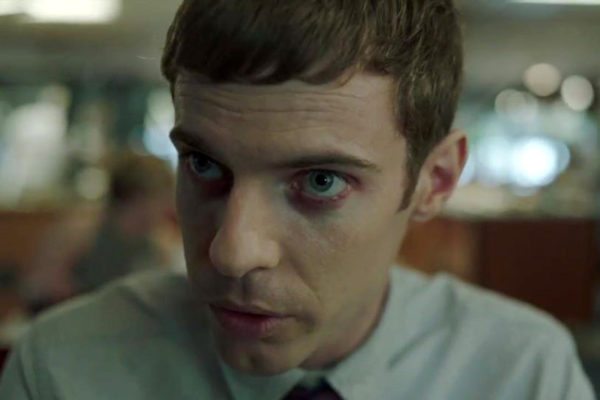 Darkness seeps between the cracks ushering in another kink this week as back story, dark fantasy and parental manipulation are all on show. Weakness in character is always more interesting than strength just as friction represents more entertainment than serenity. It becomes most watchable when the weak are trying to reform, rebuild or pull themselves out of addiction. These people draw a deeper affinity from an audience because everyone loves an underdog, especially when pitted against a cast iron will with no compassion. Which is why Kelly Lynch’s Deborah Hartsfield continues stealing scene after scene from other actors.

Her performance is one of saturated addiction, bad choices and a loose morality well-known to her neighbours. Others have already made up their minds and her guilt over an infant mortality through neglect is eating this woman alive. Which is why watching ‘People in the Rain’ remains heartbreaking for more reasons than the passing of a key witness. Harry Treadaway’s villain has no use for reformation under his roof and Deborah’s good intentions unravel Brady’s whole day, where you realise just how reliant he is on his mother. That he makes a conscious choice to keep her docile and out of action purely based on self-interest points towards sociopathic tendencies whilst cloaking his overt psychosis from an oblivious parent. Beyond this small circle of darkness Hodges experiences epiphanies of his own, when he meets Holly Gibney played by Justine Lupe. 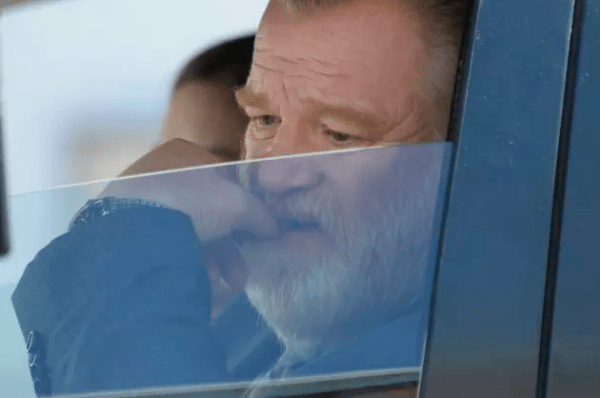 Their interactions are pleasantly awkward filled with paternal overtones in a time of trouble, which in turn triggers windows into his past. Mirrored in poor parenting choices and lost time, missed connections and past regrets, Gleeson is riddled with guilt of him own which is kept buried. Although they may seem miles apart Deborah and Bill are closer than you think, having made decisions which leave them on a permanent disconnect from their children. Each is as selfish as the other yet Deborah’s neglect has spawned something much more terrifying through her life choices. Hodges maybe divorced and his decision may have contributed towards that, but you get the impression that parenting choices had little to do with the final outcome. Whereas by losing one child through an accident Deborah may have created the environment to push Brady away, whilst crossing the line into incest and inducing an Oedipus complex.

Beneath the sandwich runs, slaughterhouse imagery and police station flashbacks ‘People in the Rain’ digs deeper, broadens the playing field and takes us somewhere more uncomfortable. With Stephen King there is always light amongst the dark, but even that light has shades of grey. A fact David E. Kelley knows all too well.