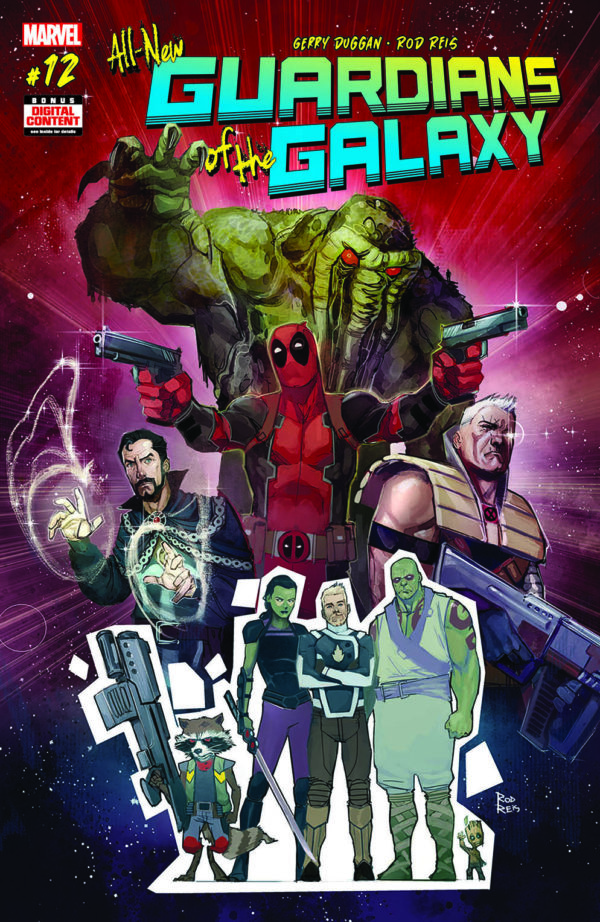 Five, you say? Well there’s Doctor Strange, Deadpool, Man-Thing and Cable… but if you look very closely, you’ll notice a small figure on Man-Thing’s shoulder. So, is Ant-Man the new member of the Guardians?

“We’re excited to have an Avenger joining the ranks of the Guardians…or is it the Nova Corps? Or both? Oh, you’ll see,” teased editor Jordan D. White. “Just know, he beat out some stiff competition, as you can tell by that cover of issue #12!”

The Guardians have been tasked with some wacky and big adventures while doing the Grandmaster’s bidding, which includes stealing from The Collector – and Star-Lord even accidently destroyed one of his favorite mix-tapes. Now, as they prepare for their Legacy arc THE INFINITY QUEST, they’ll have to team up with the group that has been on their tails – the Nova Corps – as well as one ex-Avenger if they want to keep the universe safe.

All-New Guardians of the Galaxy #12 will go on sale on October 18th.