Channel 4’s first episode of the Electric Dreams series, based upon the works of one of the greatest writers within the realms of science-fiction, Philip K. Dick, has just aired. Tonight’s episode, The Hood Maker, was originally published way back in 1955 and the core essence of all PKD’s tales are to be kept throughout the retelling of this upcoming series. 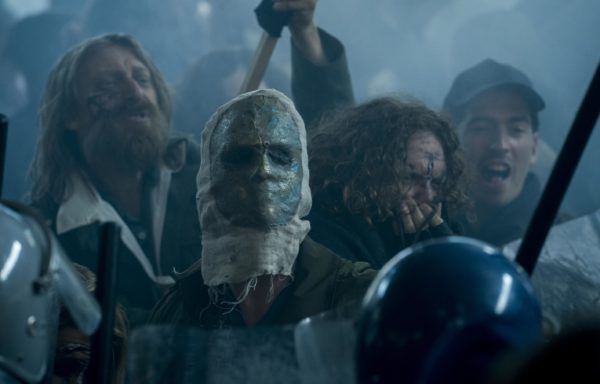 In the not too distant  future, our world has suffered a cataclysmic event, as a meteor storm has not only destroyed our means of communication and stable power (electric and governing) but has also seen the rise of a new evolution within human race, Telepaths or Teeps.  Teeps are the highly distrusted weapon that are being both used and abused by the powers that be.

The streets are filled with rioters, all against the Anti-Immunity Bill, which sees the introduction of Teeps being allowed to probe anyone’s mind to see if they have, know of, or are planning to commit a crime.  Entering this crumbling world we find Agent Ross (Richard Madden) and his assigned Teep – Honor (Holliday Grainger) – shielded by numerous riot officers, as Honor dances between the rioters’ minds to find which of them are there to actually cause trouble.  It’s during a scan of one of the rioters that she is detected and the rioters turn upon them.  In amongst the crowd a masked man throws a Molotov cocktail at the riot officers and runs, though he is tackled rapidly to the ground by Agent Ross soon afterwards. 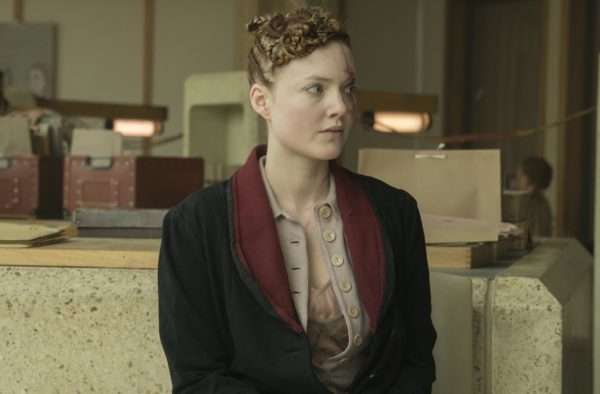 Through aggressive scanning of the rioter’s mind from Honor, it’s discover that the mask wasn’t made by himself, though thanks to a trail left inside his head, more of these masks are found in the safe house, with a note that reads, “This Hood is sent to you with the compliments of the Hood Maker.  I hope you’ll find it useful.”  As more perpetrators are being arrested another hooded man is seen walking down the hall towards Honor,  here she discovers she cannot read his thoughts.

Later as the investigation into the hoods continues, random boxes being to appear across the town, with more notes from the Hood Maker.  The movement against the Anti-Immunity Bill is beginning to ramp-up a gear, however at the same time aggression against the Telepaths is becoming too much for some to handle.

It’s clear from the off who the show is aimed at.  The weight of Philip K. Dick will instantly grab the numerous Science Fiction fans across the globe, that’s a guarantee, however as the opening credits roll you’re taken back to the classic days of The Twilight Zone and The Outer Limits, which Mr. Dick himself would have inspired with his tales of ‘Science and Fantasy’.  Though if you’re a casual viewer who feels that this is going to be a piece of heavy-weight Sci-Fi don’t be too worried.

Whereas the original Hood Maker is about a Surveillance State where everything is watched and not even your thoughts are safe, here in Electric Dreams “The Hood Maker” has the creeping shadow of the Anti-Immunity Bill lurking as a reminder, but the story turns to more of a world between Agent Ross and Honor, class against class, trust and distrust.  Not light I’ll agree, but you’ll find more 21st Century humanity added to the original tale. 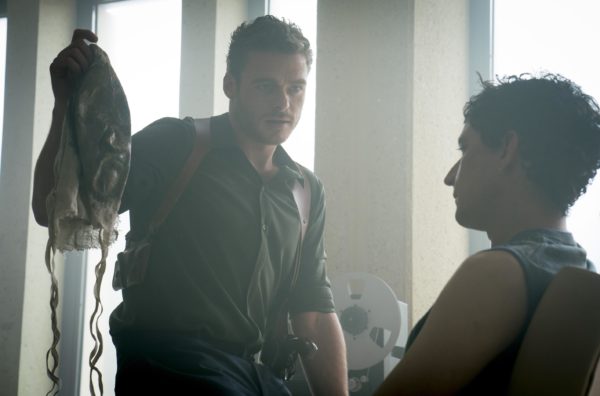 This is a strong opening episode to the series, though some who prefer your sci-fi full of “whizzes and bangs” may be disappointed.  This world is returned to us well through the scanner darkly, from writer Matthew Graham (Life on Mars, Ashes to Ashes) and director Julian Jarrold (Becoming Jane, Kinky Boots).  Both have managed to show the polar opposites of this world and its use of the Teeps, from the apparent blossoming relationship between Agent Ross and Honor, to the vile underbelly of paid sex trafficking forced upon vulnerable telepaths.  Witnessing what happens when to those who believe to be powerful suddenly realise that those humans they’ve been treating like dogs, actually have more teeth.

From this point on your Sunday nights are reserved. Electric Dreams is the show to watch.