After a one week hiatus, Rick and Morty returned to our screens last night, and boy, what an episode we were given. Like, seriously, The Ricklantis Mix-Up is a serious challenger to the show’s opening episode ‘The Rickshank Redemption’ for best episode of the season so far.

While the promotional material released for the show indicated that the episode would be based around the adventures of Rick and Morty in the lost city of Atlantis, fans all over the internet were sceptical, considering the episode was originally titled ‘Tales from the Citadel’ and well, they were right to be sceptical. 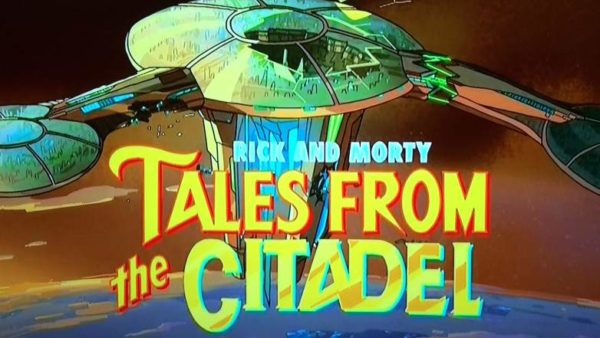 As it turns out, our Rick and Morty had zero to do with the whole episode, their Atlantis adventure went entirely unseen, and the episode actually focused on the events taking place inside the Citadel.

Starting off with a soap opera like opening, the episode quickly revealed to us that things had changed inside the Citadel since it had been rebuilt. A newly installed democratic system meant that the Citadel would see a new president take over and boy, did it need one. When we got down into the Citadel of Ricks, it became increasingly clear that things were not going all that well down there.

Street gangs, Morty on Morty violence, oppressed workforces, and an illegal portal gun market were just a few of the problems facing the Citadel and this episode rattled by at such a breakneck speed you could be forgiven for missing something. What made ‘The Ricklantic Mix-Up’ such an exceptional episode of television was just how much it managed to cover. While the Citadel is always a treat for fans who enjoy noticing Easter eggs, this episode not only managed to pay a lot of a fan service and get in a good few gags, but it also progressed the show’s grander narrative and comment on a lot of topical issues to boot.

The storyline concerning the oppressed factory worker who lost his temper and killed several of his co-workers was suitably tragic and perfectly executed. The sequence, which saw him shoot down his supervisor and take his boss, Simple Rick hostage, was played out over a speech from candidate Morty as he spoke about freedom and a brighter world- it was a magnificent scene that would not like out of place in any big political movie.

Then, of course, there was Simple Rick himself, who rather subtly confirmed the one suspicion we’ve always had – that the key to Rick’s happiness is his family – and leave it to Rick and Morty to exploit that reveal and turn it into a chocolate bar. 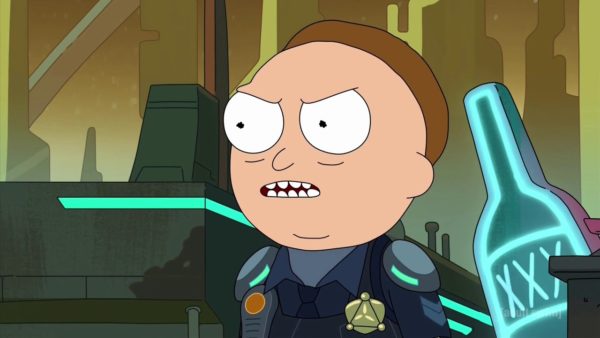 The episode’s big reveal, that Evil Morty is now in charge of the Citadel, was also played out expertly, with the same music playing out over the final scene as that from the end of Season One’s ‘Close Encounters of the Rick Kind’, which I guess is now his theme song? Either way, that reveal sets the season on one incredible path, with Evil Morty and Rick likely to cross paths before the season closes. My guesses as to what is going to happen? Our Morty will outsmart, and kill Evil Morty, which will have some serious ramifications for his character, and his relationship with his Grandad in Season 4.

The ‘Ricklantis Mix-Up’ was a pretty damn special episode of Rick and Morty, one that is likely to be analysed and picked apart for the next few years. Who’d have ever thought that an episode that didn’t focus on our Rick and Morty could be this damn good?

What did you think of ‘The Ricklantis Mix-Up’? Let us know in the comments below, and let Liam know on Twitter, here @liamhoofe