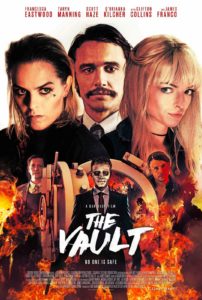 Two estranged sisters are forced to rob a bank to save their brother from loan sharks.  But when the heist threatens to yield less money than they need, they’re guided towards an old vault in the basement. 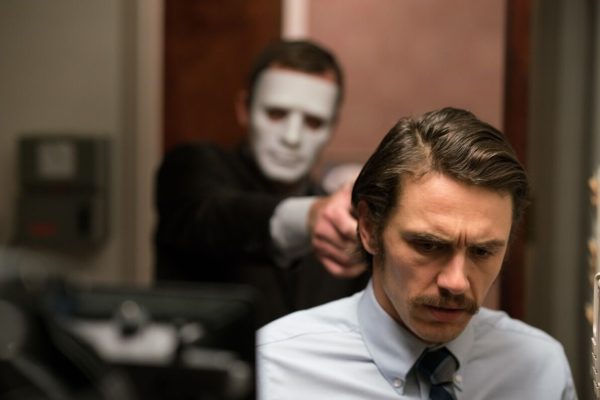 Reasons for seeing The Vault? From the poster, there’s only one and it’s the name James Franco.  Although the “…… and James Franco” billing at the end of the main list of characters sets you up for a one hit wonder cameo.  Not the strongest of reasons.

To be fair on the film, that’s not quite what happens – and it’s perhaps the only surprise it has to offer.  But a one scene appearance would probably have had more impact.  Instead the majority of his scenes are just shots of him watching the so-called action with a near-permanent frown on his face.  He shares very little screen time with the rest of the cast, giving the distinct impression that he popped into the studio, frowned at the camera at lot, grabbed his cheque and left.  So why’s he in the film?  As far as his character is concerned, it doesn’t take long to work out.  As for the actor himself, who knows?  His agent might ….. 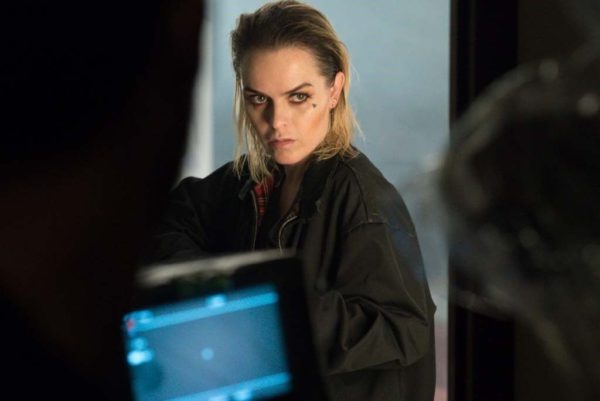 So, taking away that potential for a sprinkle of star quality – which The Vault never delivers – what’s left?  A bank robbery that goes wrong – of course – and something nasty in the cellar.  A heist/horror combo.  A neat enough idea on the face of it.

The two sisters at the centre of the story, Taryn Manning and Amanda Seyfried-lookalike Francesca Eastwood, are helping their brother out of a hole by holding up a bank.  He’s in hoc to some bad guys.  Getting in there isn’t too difficult, although how the staff don’t realise there’s something about to go down, goodness only knows: they’re so obvious about it and Eastwood’s wig is screamingly obvious. They take the staff hostage and then discover that their haul is going to be far less than they hoped.  Until assistant manager Franco tells them about the older vault from the 80s in the cellar. That’s where the big money is.  And they’re not going to leave empty-handed, are they? 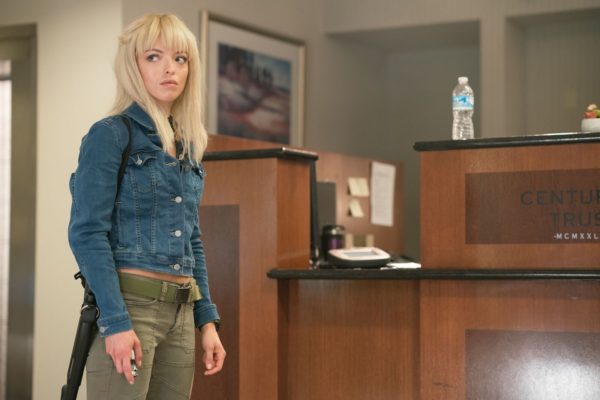 Director Dan Bush aims to give us combined thriller horror but, once the initial hold up is out of the way, it all goes downhill, eventually disappearing down a black hole in the middle of the two genres. Star name or not, this is still very much a B movie and a generic one at that, despite its pretensions to be something more.  There’s some blood and gore for horror fans, but not a great deal of it, and the nastiness in the basement isn’t especially frightening as, apart from the occasional flash, you see very little of it.  Any tension went out right down the pan some time ago.

The Vault doesn’t cut it as a thriller, a horror or a heist movie.  Which leaves very little to recommend it.  And that includes Franco.

Freda Cooper. Follow me on Twitter, check out my movie blog and listen to my podcast, Talking Pictures.