Before his family was murdered in a senseless tragedy, spurring him to become the vigilante known as The Punisher, Frank Castle was a dedicated marine in the U.S. army. We learnt a little bit of his backstory in the second season of Daredevil, but it looks like we’ll get a flashback in Netflix’s The Punisher. Take a look at a new image here… 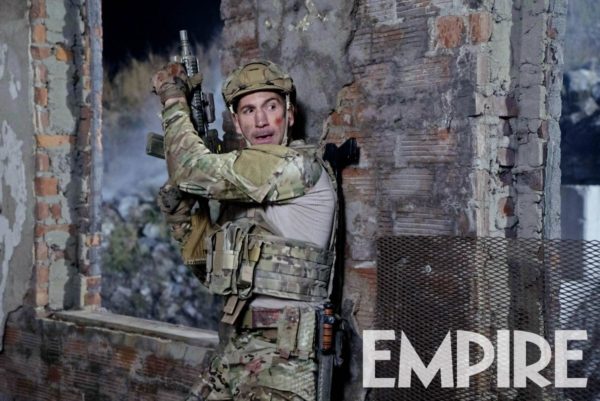 Empire revealed the image, which indicates that we could learn how Frank became not just a soldier, but a very effective killing machine. As for what drives Frank, Jon Bernthal said being The Punisher and dealing out ‘justice’ in his killing sprees is “the only thing that silences the demons, temporarily. There’s going to be an attempt to move beyond the Punisher, but that’s something he can’t shake. There’s part of me that’s hungry to get back into the darkness, that’s excited to see it fall apart.”

SEE ALSO: Marvel’s The Punisher gets a new promo and episode titles

SEE ALSO: The Punisher might introduce another Marvel hero