Seth MacFarlane recently took to Reddit for an AMA to promote his latest Fox sci-fi comedy, The Orville, where he revealed that the show may feature a cameo or two from the actors of the franchise that helped inspire it, Star Trek. 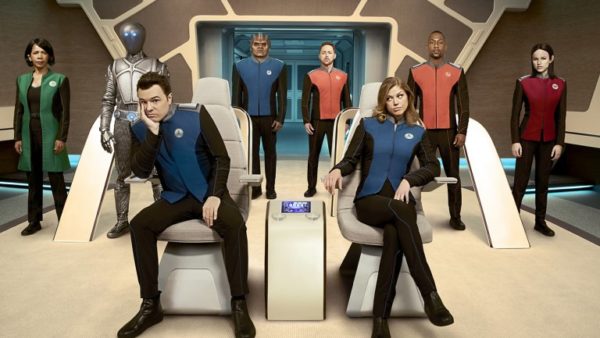 When one user asked the Family Guy and American Dad creator/star if he had any plans to have Star Trek actors cameo on the show, MacFarlane responded with a vague “We got one or two in the lineup….”

While he doesn’t offer up any hints about which actors will appear on the show, it sounds like at least a few Star Trek stars are embracing The Orville, which is simultaneously a parody and love letter to the classic space franchise.

William Shatner always seems gung-ho about appearing in Star Trek rip-offs/send-ups and even returned to voice James T. Kirk for a Family Guy video game, The Quest for Stuff, so he’s a likely guest star. Additionally, talking about Star Trek: The Next Generation, Captain Jean-Luc Picard, himself, Patrick Stewart, has narrated both Ted movies, appeared on Family Guy several times, lent his voice to the same Family Guy video game as Shatner (reprising his role as Picard) and starred on MacFarlane’s Starz show Blunt Talk, making him a strong favorite to make an appearance on The Orville as well.

Last Sunday saw the debut of The Orville, which scored a solid 8.6 million viewers following an NFL lead-in and a Live+3 (watched within three days of original airing) rating of 11.3 million. The show’s newest episode is set for another Sunday night slot this week, but it will move to Thursdays for future episodes.