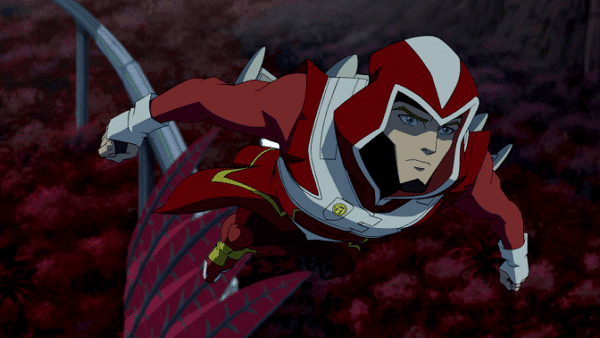 Deadline is reporting that Shaun Sipos (Melrose Place, The Vampire Diaries) has joined the cast of Syfy’s upcoming Superman prequel series Krypton in the recurring role of Adam Strange.

Created by Julius Schwartz and Murphy Anderson, Adam Strange made his DC comic book debut in 1958’s Showcase #17, and is an archeologist who found himself teleported to the planet Rann through a ‘Zeta-Beam’, where he subsequently served as its protector from extraterrestrial threats using the planet’s technology.

In the show, Sipos’ Adam Strange is described as “a world-weary human, who finds himself stranded on Krypton as the unlikely mentor to Seg-El, Superman’s grandfather.”

During Comic-Con back in July, DC’s Geoff Johns revealed that Adam Strange was one of several DC characters set to appear in Krypton, with others including Hawkwoman, Doomsday and Brainiac.

Syfy’s Krypton, the much-anticipated Superman prequel set two generations before the destruction of the legendary Man of Steel’s home planet, will follow Superman’s grandfather–whose House of El was ostracized and shamed–as he fights to redeem his family’s honor and save his beloved world from chaos.