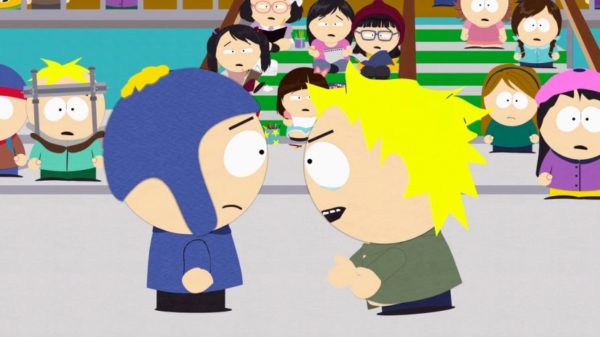 The premiere of South Park season 21 was a huge disappointment. After promising a return to the show’s traditional roots after last season’s failed experiment in serialisation, Parker and Stone delivered a convoluted, unfunny dig at white nationalism and Amazon, of all things.It brings me great pleasure to tell you, though, that this week’s episode ‘Put it Down’ is not only a return to form for South Park, but also one of the show’s most amusing episodes in some time.

Starting with a hilarious ‘song’ being delivered at a PSA by Tweek, the episode’s target was clear from the opening scene – the current conflict with North Korea. This is South Park, though, and instead of just poking fun at Kim Jong Un and the current dick measuring contest going on between the North Korean leader and Trump, it actually managed to make a comment on the way we have all become so obsessed with it that we are managing to distract ourselves from other, perhaps more important issues. 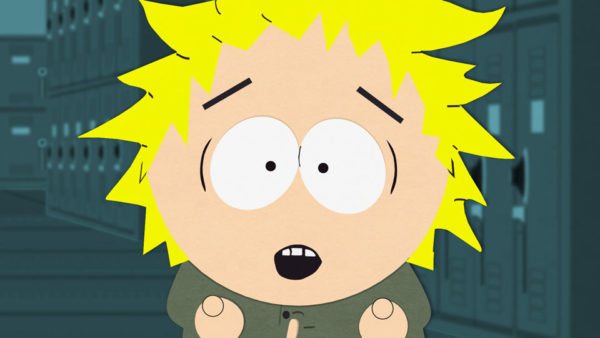 Tweek, twitching away in fear over what he believes to be the pending destruction of his country, becomes a one-man analogy for the mental state of the whole country. Tweek, like most people right now, is addicted to the current news-cycle, allowing it to drive him into a paranoid frenzy.  Craig, Tweek’s boyfriend, is doing his best to comfort him, to convince him to look at things logically, but every tweet Trump, sorry ‘The President’, sends just adds to Tweek’s fears.

The theatrics and pettiness of the current situation are also attacked constantly, with the show’s closing musical number hilariously begging the president to just put his phone down. Trump has never been named directly on the show, but Mr. Garrison’s send-up of him becomes more Trump-like with each episode.  Trump and Un are, for the most part, kept out of the episode and instead the show opts to focus on the effect this is having on everyday Americans. Parker and Stone have, with South Park anyway, avoided North Korea, but the few moments the episode spends there are some of its funniest. 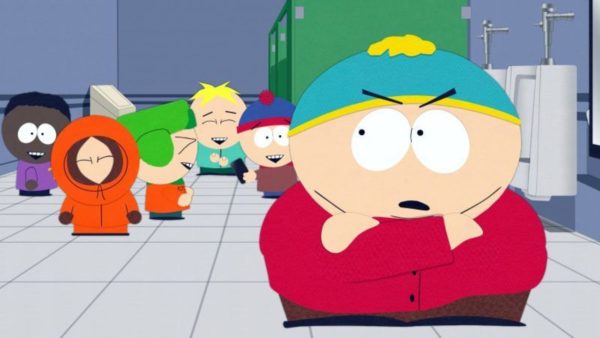 The episode also has a subplot concerning Eric and his girlfriend Heidi. Turns out that, after they split, Cartman threatened her with suicide and forced her to take him back. Unsurprisingly, it doesn’t take long for the boys to discover this, forcing Cartman to go on a one-man mission about the importance of suicide awareness. Cartman’s one-man quest overshadows the rest of the school’s pleas for parents to put down their phones when they are driving, which leads to some rather graphic, but still funny moments.

There are many ways these scenes could be interpreted, but the most obvious one seems to be that people need to be more aware of what is going on around them, to concern themselves with the real problems that are staring them straight in the face, as opposed to worrying about themselves and hypothetical wars. It could also be argued that the show is highlighting the current state of America, a country juggling so many important issues, it is difficult to know which one to pay attention to. 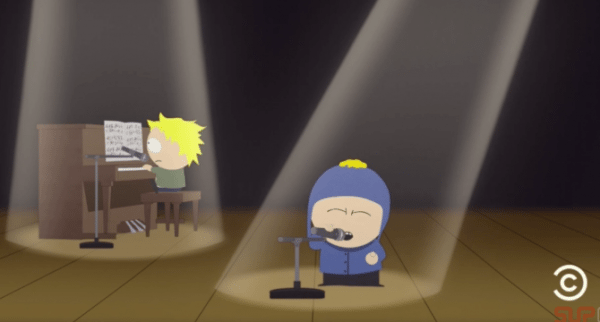 One of the best things about the episode, though, is the relationship that has blossomed between Tweek and Craig. The pair has been off-screen in South Park for some time now and it’s nice to see where they are at as South Park Elementary’s first openly gay couple. Their interactions are well executed, and Craig’s realisation that he needs to try and understand Tweek, instead of just bombarding him with logic and reason all the time, is one the episode’s sweeter moments.

After last week’s disappointing return, South Park was firing on all cylinders again this week. While the show still had a satirical target, it managed to tie it in expertly with the whacky playground goings on in South Park. This was one of the finest South Park episodes of the last few seasons, more of this next week, please.

What did you think of ‘Put it Down’? Let us know in the comments below, and let Liam know on Twitter, here- @liamhoofe