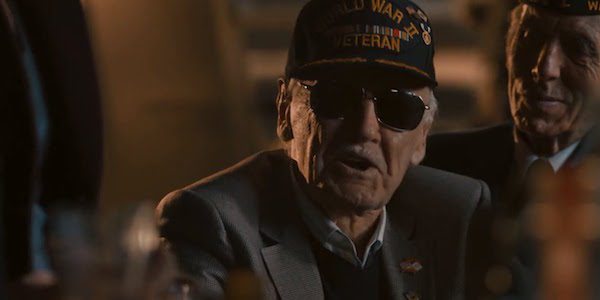 During an appearance at Wizard World Nashville, comic book legend Stan Lee was asked about the possibility of his life story being brought to the screen, during which the 94-year-old revealed that he’s already got an Oscar-winning actor lined up to portray him.

“Believe it or not, I’ve already discussed it with Leonardo DiCaprio,” said Lee (via AIPT!) .He’s a neighbor of mine and we were talking one day some months ago, and he said, ‘Boy it’d be fun to do your story on the screen.’ So I said, ‘Well, I’ll audition you.’ Gotta make sure the guy can do it… He has all the walls covered with big Marvel posters and everything. He’s got very good taste.”

As it happens, a Stan Lee movie is in development at Fox, although it’s not your standard biopic. Instead, the project is described as a 1970s-set action-adventure with Lee serving as the main character in a film similar in tone to Roger Moore’s Bond and Kingsman: The Secret Service.

Could you see DiCaprio taking on the role of Stan Lee? If not, who would you like to see in the role? Let us know in the comments below…