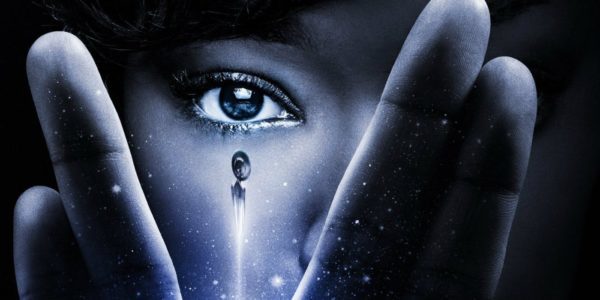 And so it returns, and just like that it’s as though it never left.

The key takeaway from Star Trek: Discovery is Michael Burnham, of course. In many ways, it’s her show; in a way quite unlike Star Trek has ever had before, Burnham is the lead of the show, rather than first amongst an ensemble. No doubt the field will widen as the series goes on, but at this point it’s difficult to complain too much – Burnham is a particularly strong character already. There’s something to be said for her Kirk-esque, gung-ho attitude, but there’s also some rather clever parallels with Spock built into her character. Much as Spock was the first Vulcan to join Starfleet, Burnham is the first human to join the Vulcan science academy; in turn, then, Discovery is able to evoke the same internal struggle the original show explored, and consider it through a new lens. It’s an excellent starting point for the character, with a great deal of potential going forward.

Of course, it’s helped immeasurably by Sonequa Martin-Green’s performance; she embodies the duality of the character, demonstrating just why it was the right choice to delay production specifically so the show could cast her in the role. Martin-Green also has an easy, fluent chemistry with the rest of her co-stars; immediately, she’s able to sell the relationship between crewmembers, giving the feeling of a well-worn dynamic. Naturally, it’s worth remarking on the relationship between Burnham and Captain Georgiou; in a relatively short space of time, Burnham and Georgiou feel like close friends and partners. Granted, they were never going to be Picard and Riker by the end of the episode, but Martin-Green and Yeoh do the best they can within the confines of the story – and it’s easy to imagine that Burnham and Georgiou would reach the same heights as their predecessors in half the time.

It’s been a long twelve years. But their return back is terribly welcome. 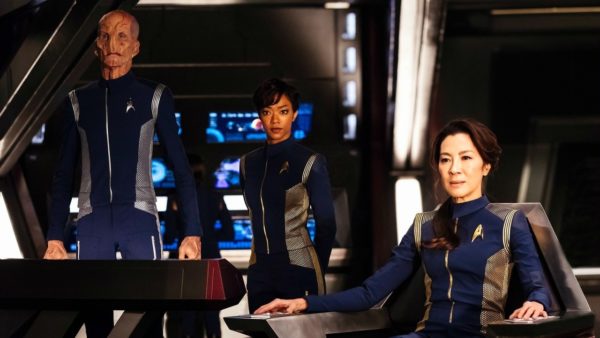 Granted, there are problems. Some are less significant than others, certainly; the occasional clunky line of exposition, while irritating, is hardly enough to damn a show entirely. No, if ‘The Vulcan Hello’ is to be criticised, it’s primarily going to be on a structural level.

Essentially, it’s a chessboard episode, devoted almost entirely to setting up the rest of the series; compelling argument could be made that, as a piece of entertainment, ‘The Vulcan Hello’ doesn’t function all that well on its own. It’s an issue that afflicts a lot of pilots, to be clear, and one that ‘The Vulcan Hello’ perhaps doesn’t deserve to be too thoroughly castigated for; after all, with ‘Battle at the Binary Stars’ available immediately afterwards, this is more an extended episode than two distinct wholes in a meaningful sense. It does open questions, though, about how well Star Trek will fit into the serialised model. If one of the strengths of the series has always been to offer something new each week – they are, after all, explorers – then what will the show look like without that? Granted, this is largely just speculation; there’s not a lot to go on here, and it’s not as though Star Trek hasn’t balanced discrete storytelling with serialised aspects before.

Outside of that? There’s perhaps another issue to raise, but much like the above, it’s more of a concern going forward rather than anything else. ‘The Vulcan Hello’ is, essentially, about taking the most aggressive course of action against a foreign power; repeatedly stating that Starfleet is a pacifist group feels more like lampshading the choice rather than addressing it. Again, I’m disinclined to comment on this too much; the desire for a bombastic, action driven premiere is understandable, particularly if this is set to prove as the impetus for a more nuanced approach going forward. But it does raise a few concerns, and it’s something that Discovery will perhaps need to be careful with while going forward. 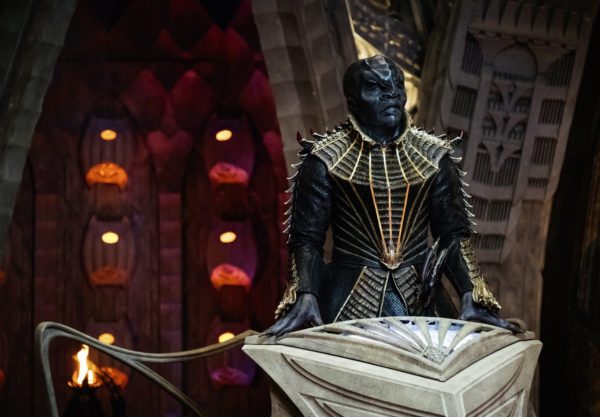 Star Trek: Discovery is going to have to answer certain questions across the course of its run, that much is clear. Chief amongst them: What does it mean to be Star Trek in 2017?

It’s a good question. Indeed, an essential one; as a show with a legacy spanning half a century, Discovery needs to find an answer as to why it’s a Star Trek show at all – hopefully an answer that goes beyond the need to profit off a well-known franchise.

Does this episode offer an answer to that question? No, not yet. Undeniably, it posits a starting point, giving a diverse vision of Star Trek that entirely unlike any the show has offered before. With a black female lead, an Asian woman in the Captain’s chair, and the promise of a same-sex couple on the horizon, this is the show Star Trek has always claimed to be. Michael Burnham is exactly what the face of Star Trek should be in 2017, if not frankly earlier – with these characters, Star Trek: Discovery is at last able to realise the potential that the franchise has always offered but never fulfilled. It is difficult to overstate just how important this is, but it’s worth remarking on and emphasising it again, because Star Trek has finally joined the 21st Century.

Of course, more can be done, and indeed must be done. Much as Star Trek has previously offered commentary on the Vietnam war, the Civil Rights movement and the war on terror, I’d argue that Discovery has a similar obligation to engage with the realities of society today. What is science fiction if not a lens to discuss and to understand the ‘strange new worlds and civilisations’ we embody? Interestingly, Discovery has the potential to explore one such issue built-in: As any fan could tell you, the Klingons of The Original Series represented the Russians, at a point during the Cold War when relations between the USA and the USSR were particularly fraught. With Russian involvement in American politics becoming an increasingly controversial topic, Star Trek: Discovery’s prequel setting gives it ample opportunity to engage with this issue.

Will it? That’s rather more debatable. But I am convinced, certainly, of this: For Star Trek to thrive in 2017, it must be Star Trek tailor-made for 2017 – modern, diverse, and on the very bleeding edge of current events.

Ultimately, then, what is there to say about ‘A Vulcan Hello’? Not a lot, perhaps. One thing, however, is undeniably clear – it’s made a very strong debut, and has the potential to be something very special.