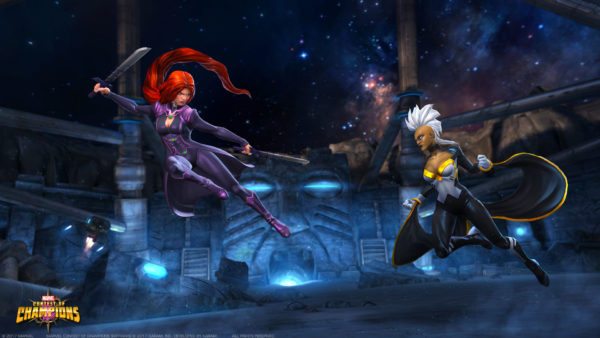 Kabam has announced that Medusa, Queen of the Inhumans, has become the latest addition to the free-to-play mobile fighting game Marvel: Contest of Champions.

Born into the Inhuman Royal Family of Attilan, Medusa was exposed to the mutagenic Terrigen Mists when she was only an infant. This transformation endowed her with tougher-than-steel hair and the ability to control each strand like an added appendage. Along with her husband, Black Bolt, Medusa leads her people as the Queen of the Inhumans in their search for a better place in the world.

Check out Medusa’s special moves video here, along with her abilities and stats below…

Special 1: Split Ends – Medusa individually controls each strand of her hair to subdue opponents with a 4-hit combo.

Special 2: Swinging Strands – Medusa swings her body, striking her opponents with a combination of sword and hair attacks.

Special 3: Rite of Royalty – Wielding blades in her hands and hair, Medusa shows her opponents that she is the Inhuman Queen for a reason.

Signature Ability: Living Strands – Medusa can precisely control the movement of each strand of her hair, enabling her to Auto Block incoming attacks.