Martin Carr reviews the second episode of The Orville… 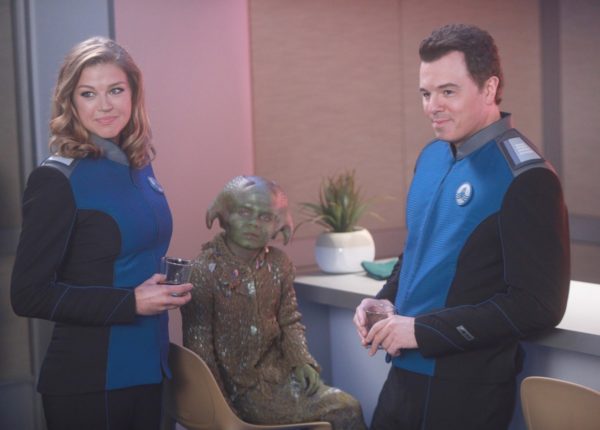 Critical opinion over Seth MacFarlane has always been split. With no skeletons in his closet, a genuinely affable persona and creative carte blanche he has been the target of jealous detractors for years. However with The Orville it’s time they cut him some slack and let MacFarlane indulge his passion and talent for creating something respectful, character based and capable of working without him.

What episode two brings us is a classic Star Trek crisis, one or two great sight gags and a smattering of visual and verbal gags, rounded off with feel good flag waving. Production wise The Orville maintains its high standard with solid effects, a reverential credit sequence and drama which deviates enough to remain engaging. Spot on cameos from Transparent star Jeffrey Tambor and Mr. Mercedes’ Holland Taylor provide stand out gags, while the set up to get Ed and Kelly off The Orville is laboured but pays dividends. 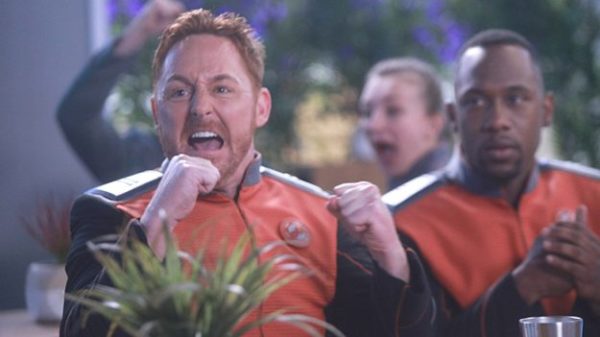 Despite this plot device being older than time it gives Halston Sage’s Alara time to shine, brings about some diverting drama and gives other crew members purpose. Stand outs from ‘Command Performance’ include Peter Macon’s Bortus who delivers deadpan dry comebacks with stoic indifference, but gives us a genius sight gag to remember. Navigational duo LaMarr and Mallory still get some of the best inappropriate one liners which work better coming from them than MacFarlane.

The Orville only really lags in the back and forth dialogue between Ed and Kelly in their one on one scenes. Some of the jokes feel forced and fall flat, while their situation itself turns everything around and distracts from these weaker moments. MacFarlane continues working well off Palicki’s first officer but it is his choice of dramatic direction and purposeful dissection of ‘Command Performance’ that makes it work. Beyond that the life lesson slash leadership learning curve might be done well, but MacFarlane’s pregnancy subplot only provides humour and a plot device despite potential. 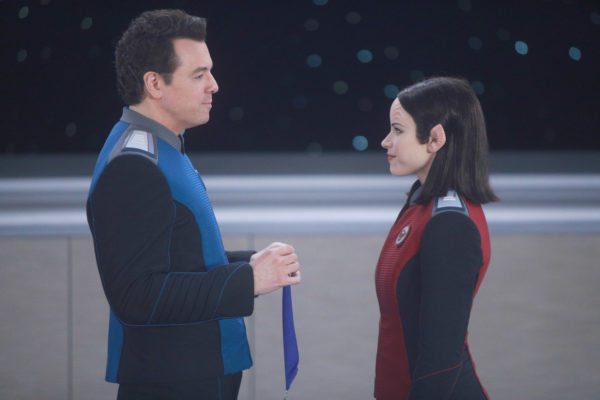 Slick, polished and only lagging in the middle, The Orville continues delivering sporadic drama, inventive sight gags and precise pastiche without sacrificing originality. Inappropriate yet oddly contemporary, this show will bring in ratings but infuriate those intent on knocking its creator. For my money this space based dramedy has maintained the promise of its season premiere and deserves every Neilsen point going.

SEE ALSO: Promo and images for The Orville Season 1 Episode 3 – ‘About a Girl’