Right now over at the Milan Games Week in Italy, THEC64 Mini is getting it first public outing.  Numerous gamers will be strolling by and seeing the officially licensed machine that honours the Commodore 64; a machine from the real era of gaming.  With sixty-four classic games, which include Uridium, Impossible Mission and Monty on the Run, THEC64 Mini is certainly going to reignite the memories of those that spent many a night lost in their 1980’s bedrooms.

Developed by Retro Games Ltd. – and distributed by Koch Media – THEC64 Mini is half the size of the original Commodore 64, connecting to directly to your television via an HDMI port, though you can turn on CRT, Sharp,or Scanlines if you’re feeling homesick.  The unit comes with a classic joystick which plugs into one of the two USB ports, the other port can be used for a standard USB PC keyboard, here you can use THEC64 Mini as a classic C64 to type in BASIC computer listings from years gone by or totally new games. 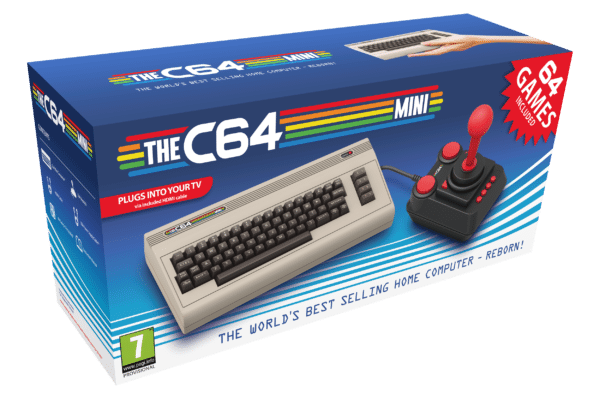 Launched in 1982, the C64 home computer went on to dominate the home computer scene throughout the 1980s. Millions of units were sold across the world and have a special place in the hearts of its former owners.  Now thirty-five years later and with sixty-four titles from original legendary developers such as Epyx, Gremlin Graphics, Hewson and The Bitmap Brothers; and boasting titles such as California Games, Speedball 2: Brutal Deluxe, Paradroid and Impossible Mission. Most of these were rated over 90% by leading publications of the day, with many winning coveted awards. From sports to shooters, platformers to puzzlers, there’s a plethora of titles to keep the most discerning retro enthusiast happy. 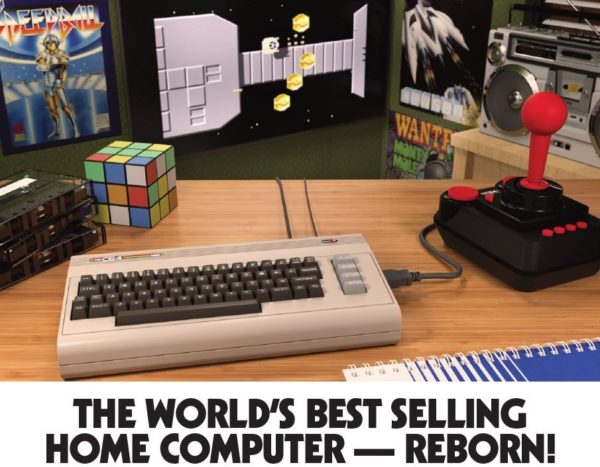 “We are delighted to be able to bring back some of the most loved retro games ever, on one of the most successful formats of all time”, said Paul Andrews, Retro Games’ Managing Director. “THEC64® mini is a reimagining of the classic C64 computer and the first in a planned series of products on the way.”