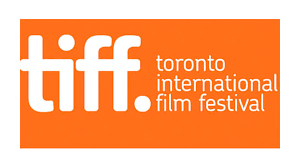 Competitive ice skater Tonya Harding rises among the ranks at the U.S. Figure Skating Championships, but her future in the sport is thrown into doubt when her ex-husband intervenes.

In Craig Gillespie’s I, Tonya, Margot Robbie and Sebastian Stan star as the dysfunctional married couple Tonya Harding and Jeff Gillooly in this dark comedy biopic about the 1994 Olympic figure skating incident. Both Robbie and Stan give some impressive performances with Robbie giving a nuanced and complex performance as the disgraced figure skater.

The scandal involved Gillooly conspiring with some friends to harm skater Nancy Kerrigan to increase Tonya’s chance of making it onto the Olympic team. I, Tonya portrays the film as a fake documentary, interviewing the main people involved years after “the incident”, as they call it. Some things about the case seem too crazy to be true and Gillespie uses this to his advantage to focus on the comedic aspects of the scandal. It’s a risky move to infuse a lot of comedy into a story such as this, but Gillespie strikes a balance between the comedic and dramatic aspects of the film very well.

Robbie delivers an emotional, comedic and tragic performance as Tonya Harding, playing the skater as a teenager well into her adult years. It’s easy to connect with Tonya, even as she says and does harsh things. The movie stays on what drives Tonya emotionally after being abused physically and psychologically for years by her mother (played by Allison Janney in a scene stealing performance). She strives to be the best figure skater and sees it as an escape, even as the skating officials try to deter her since she doesn’t fit their public image. Robbie balances the emotional and comedic angles of Tonya’s character very well, particularly towards the end of the film. It is definitely a strong performance that offers viewers a different look at Harding.

Stan’s portrayal as her on-again-off-again husband Jeff Gillooly veers on edge of loveable goofball, but he does have a much darker side to him as he consistently abuses Tonya throughout the film. Stan bounces from being a good husband to an abusive one with ease, showing just how unstable this guy is without veering into the clichéd category.

However, it is a little disconcerting that the film treats some of these moments almost comically. It doesn’t completely shy away from the deep damage abuse can do, but certain moments might just be played a little too funny. Overall, it at least goes to show why Tonya is drawn towards him as that’s the exact behaviour she grew up with and came to expect from her mother. Janney really is a piece of work, showing her desire for Tonya to pursue her dream of figure skating, but taking the tough love act way too far. She’s got several one-liners that are great and memorable, even with her distasteful personality.

The film’s narrative is an interesting choice with the movie being presented as a documentary with the characters recounting the events, often breaking the fourth wall by directly addressing the audience even in the past. It also utilizes several unreliable narrators as Tonya and Jeff contradict one another. This is where Gillespie plays up the comedic parts too, focusing on the crazy aspects of the case and how dumb this whole plan was set-up and executed (though they still play a little loose with some of the actual facts).

I, Tonya may not be an award winner, but it’s an enjoyable film that balances its comedy and drama well, focusing on themes of abuse and stardom. Robbie delivers a memorable performance that is emotional, funny and tragic. Gillespie does well with the film’s narrative format and delivers an interesting and sometimes introspective take on one of the biggest televised controversies of the 90s.