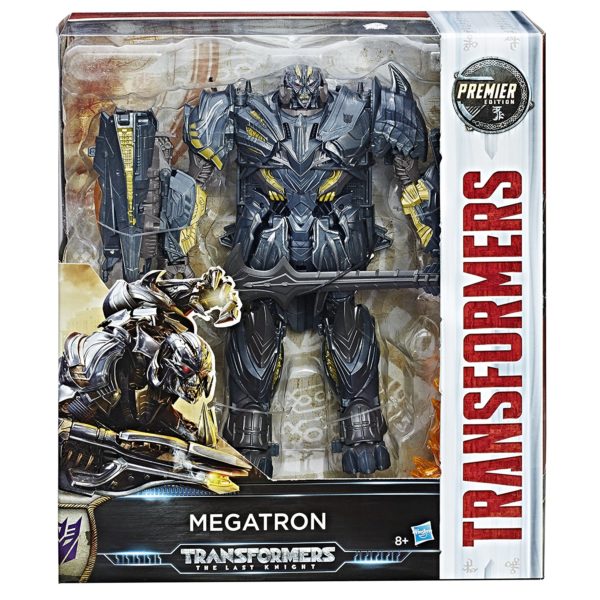 Confession time. It’s been a while since I’ve bought a Transformers toy, and it’s been even longer since I actually unboxed and transformed one (pushing 30 years, most likely). So, when I get the opportunity to get my hands on one of the new Premier Edition Leader Class figures from the Transformers: The Last Knight range, I’m going to jump at the chance, particularly when said figure is the fearsome Decepticon leader Megatron. 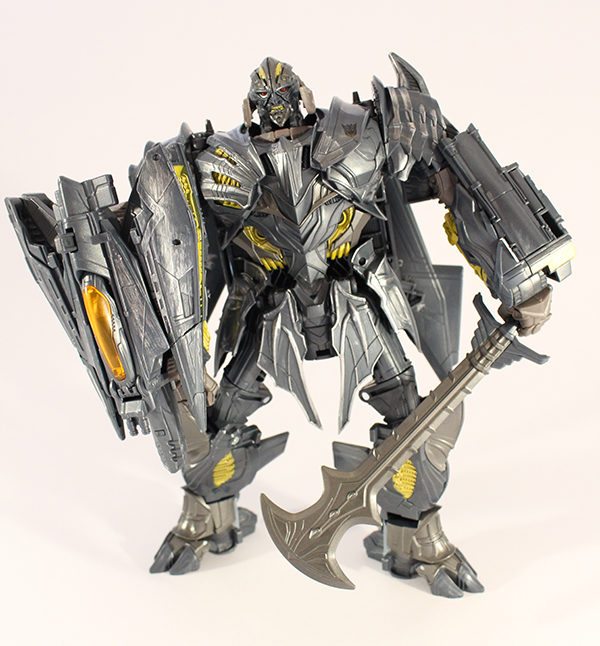 The first thing to note about this figure is that it is very detailed (which is expected, given that it’s from the high-end Leader Class series of figures), and – cannon aside – it delivers a fairly faithful interpretation of Megatron’s design from the latest Michael Bay movie. Sure, it’s not as movie accurate as a Hot Toys for example, but considering it actually needs to have the ability to transform, the designers have certainly done a solid job in this area. It also comes with his giant sword/axe weapon, which immediately adds a couple of cool points. 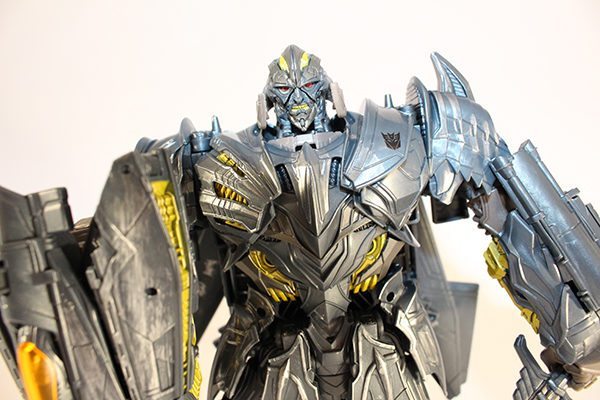 There’s plenty of articulation in the figure, and I was able to get him into a number of different poses whilst remaining upright and standing. I’ve read a few reviews online which suggested this wasn’t the case, but I can’t say I had any problems in this area. Where I did have a problem however was transforming him into his alien jet form. As I said at the outset, I’m a little rusty with Transformers toys, so it’s entirely possible that my lack of experience is the reason why I struggled so much, but switching him to his robot mode for the first time proved very challenging indeed. 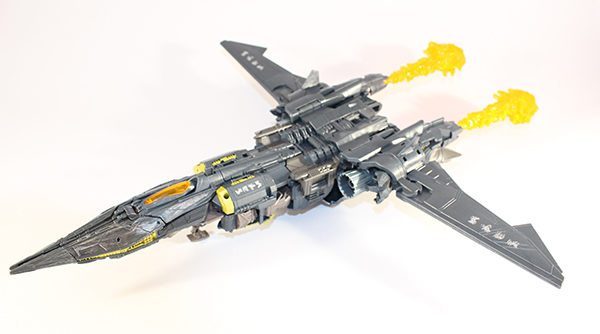 Midway through the transformation I seemed to lose the ability to read and follow instructions; thirty steps seemed like three hundred, and at times I felt like a contestant on The Krypton Factor in the midst of an insanely difficult intelligence round. Nevertheless, finally – after much sweat, tears and expletives – I managed to succeed, only to be faced with the Rubik’s Cube-like puzzle of transforming him back to robot mode again. Initial troubles aside, it was much easier transforming him a second time, and I managed to do so in about 1/20th of the time of my first attempt. 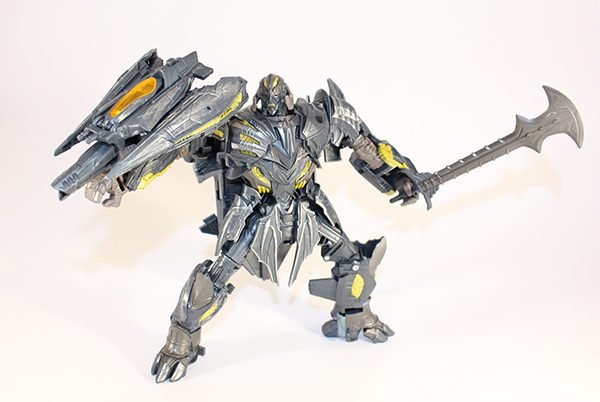 Given the price tag, the Leader Class Megatron is sure to appeal more to collectors than parents looking to pick up a toy for their children to send into battle against the Autobots. As a display piece, it looks the part, both in robot mode and – somewhat surprisingly to me – in its jet form. Sure, it’s no Walther P38, but there are definitely far worse renditions of Megatron in his vehicle mode out there, and I much prefer it to the various tanks we’ve seen over the years. Overall, I was impressed with the figure, and I’ll more than likely be seeking out a few other Transformers toys to keep it company on my shelf.