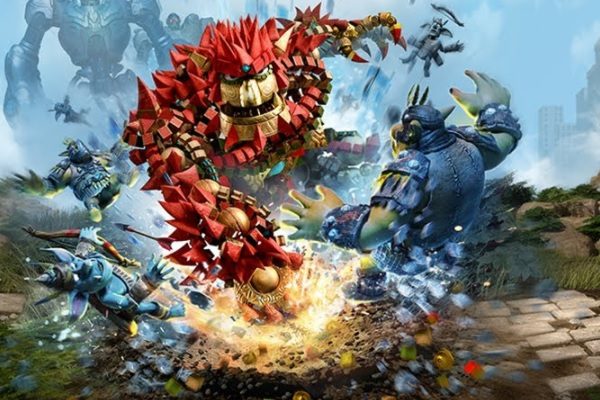 Ignoring Knack‘s status as an enduring Internet meme over the last four years, there were surely few gamers angling for a sequel to 2013’s critically-pounded PS4 launch title, and yet, free from the constraints of a tight production window, Knack II is arguably the year’s most pleasant surprise; an addictive, content-rich platformer romp.

In case you missed the first one – as you quite probably did – the titular hero is a “living relic” who absorbs other relics scattered around his world in order to grow massively in size, from the height of a small child to Godzilla-like proportions. Players can switch between big and little Knack with a press of the R1 button, with his larger form generally being employed for combat, while Baby Knack can be used to reach smaller nooks and crannies.

Even for the fairly low standards of the platforming genre, enjoying Knack II will unfortunately require players to suffer through a particularly banal narrative involving goblins, monks and giant apocalypse machines, with Knack and his team of near-pointless, personality-devoid human pals needing to put a stop to some nefarious, potentially world-ending plans. Cut-scenes doling out exposition are thankfully mercifully brief for the most part, and the game largely trains its focus on platforming and combat.

To that end, where it matters most, Knack II is a highly enjoyable game, as long as you don’t crave emotional investment of any kind or a remotely compelling reason to keep pressing forward beyond simple pleasure. Combat is richly expanded from the first game, thanks to a simple-but-effective skill tree that grants the big guy a new set of attacks, all while Knack is occasionally outfitted with elemental enhancements, such as metal and ice. 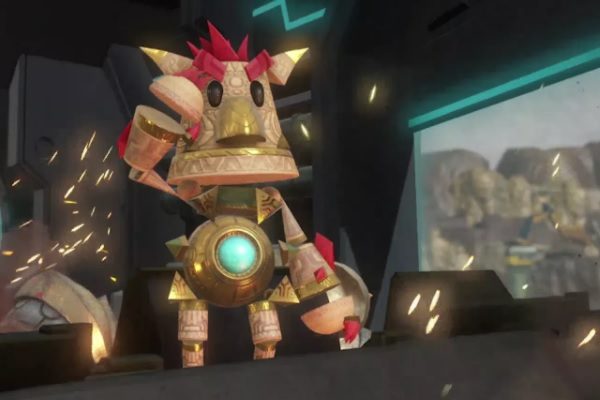 Platforming and puzzle-solving hardly require much thought, but they are certainly more satisfying than not, and there are more than a few unexpectedly inventive moments that genuinely feel within reach of actual greatness.

While the first game was rightly chastised for trying to appeal to children while touting an oft-unfair difficulty level – exacerbated by some brutal checkpointing – the sequel feels much more balanced in this regard, and the checkpoints in particular are hugely improved. The inclusion of occasional QTEs also results in a number of lavish set-piece cinematics, and trite though QTEs might feel in 2017, they do nevertheless jive perfectly with the game’s distinctly retro vibe.

As a proposition on pure value, it will be a welcome surprise to many that the game’s single-player campaign clocks in at around 10 hours, and certainly many more for those committed to seeking out all the hidden treasure and exploring every secret area.

However, this does result in the single-player offering ultimately outstaying its welcome a little; the gameplay loop starts to feel more repetitive in those final few hours as the nifty enhancements start to taper off, your skill tree mostly fills up and enemies can be taken apart with incredible ease. A 6-8 hour game would probably feel more agreeably breezy, but at the same time, it’s admirable that Sony released the game at a $40/£25 price point and still packed it with more content than many full-price titles.

Upon completing the campaign, there’s also a new game + to tackle with all your existing abilities carrying over, various Time Attack challenges, a wave-based Coliseum Attack mode and the ability to play any chapter at will. On top of all this, Knack II also comes with a well-considered co-op mode, which combined with the game’s generally more forgiving difficulty will make it an easy sell for parent-child and sibling pairings. It’s just a damn shame that co-op is only supported locally, because there are surely a lot of child-free Knack fans who would love to play co-op with their pals or far-flung nephews and nieces online. A request for Knack III, then? 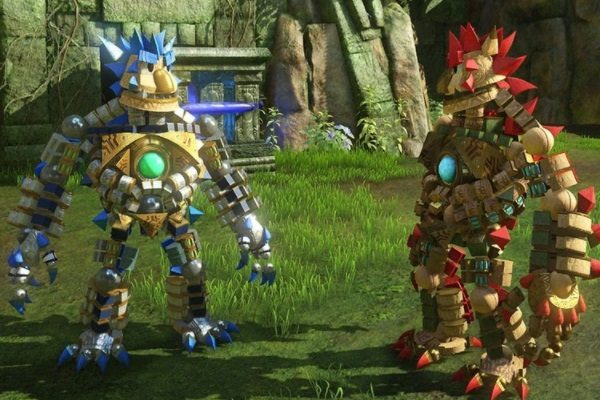 On a technical level, Knack II won’t be taking home any year-end awards, but it’s certainly not the eye-sore that some quarters of the Internet might lead you to believe. Like the first game, it’s more functional than anything, with environments and human characters in particular bearing only half-assed levels of detail, though Knack himself does generally look rather swish, especially with the particle effects involved in his size-changing ability. Aurally, it’s also totally forgettable across the board, from the voice-acting to the musical score, but at least the size-changing sound effect still sounds gloriously satisfying.

Still, if you remotely enjoyed the first game, this is an easy recommendation, serving up a surprisingly hefty campaign and wealth of extra features that make it terrific value for money. If you were mixed on the original Knack, you might want to consider picking this one up, though if you loathed what came before, there’s probably not quite enough reinvention here to suggest giving this nevertheless markedly improved follow-up a whirl.

While Knack II is a most improbable sequel and one that few were campaigning for, perhaps its most compelling achievement is leaving one genuinely looking forward to the prospect of a third entry into the unlikely franchise.

Pros:
+ A substantial improvement over the original game
+ Deceptively clever platforming and combat mechanics
+ Lots of content for a budget title