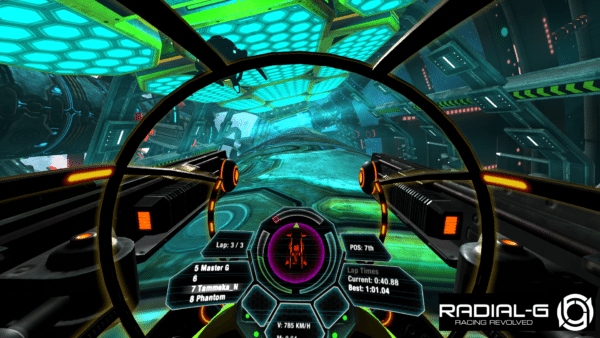 Futuristic racer Radial-G: Racing Revolved will certainly be a tantalising proposition for many PSVR owners, given that the closest they’ve gotten to a VR future-racer to date is playing WipEout: Omega Collection in cinematic mode with the largest possible screen size and the game’s cockpit view selected.

Though one would love to give Tammeka Games a hand and deem Radial-G the long-awaited VR love-child of WipEout and F-Zero, it’s actually a rather forgettable, workmanlike racer that’s sorely lacking in compelling content, even if it is fun enough to jump into for a race or two every now and then.

The gameplay loop is incredibly simple as you’d expect; either against AI opponents or actual humans online, you race anti-gravity ships around winding, tubular levels, picking up speed boosts and weapons where possible (depending on the mode you’re playing), while attempting to avoid rotating red laser walls which will instantly slow you down to a crawl, allowing savvy enemies to steal your lead. 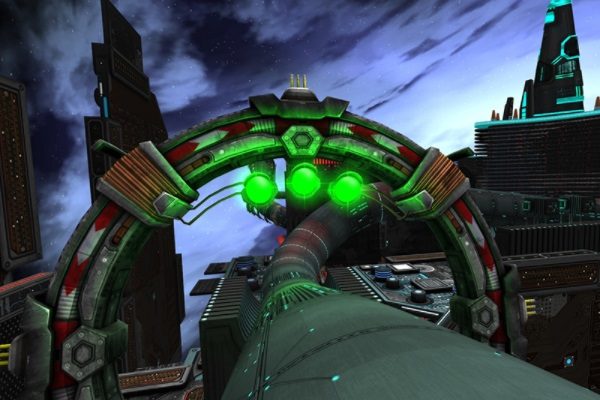 This is a fine enough foundation for a solid racer, but Radial-G suffers considerably due to its crushing lack of personality. From the incredibly simplistic Championship mode (where you battle your way through 18 samey events such as Hot Lap, Combat, Eliminator and straight-up Race), to the me-too Time Attack and Race modes and the rather similar-looking track designs, it all just feels a little, well, flat. Even the menu text looks hilariously basic, like a placeholder font that someone forgot to change for the final build of the game.

As for the VR presence itself, once you get over the thrill of peering around your cockpit, the sheen wears off pretty fast. Fun though it is to move your head around in order to survey the upcoming horizon ahead of a loopy twist or turn, the game’s just-fine visuals and almost hilariously easy AI opponents make it hard to view the game as anything more than a serviceable racer that’s really a missed opportunity to do something truly special with Sony’s headset. The EDM soundtrack meanwhile does a decent job attempting to raise the excitement level, but in service of such routine gameplay, it’s not quite enough to get the blood pumping fast.

Numerous attempts to sample the game’s online multiplayer suite post-launch were unfortunately fruitless, as not a solitary other player could be found across any of the four regional servers, even some 12+ hours after launch.

Granted, at the time of press Radial-G has yet to release for PSVR in North America, but even so, one would hope that any game would be at least mildly populated on launch day. It’s also worth mentioning that in the event you do locate other players, this version of the game only supports up to 8 players, merely half that of those possible on PC, which is undeniably disappointing. 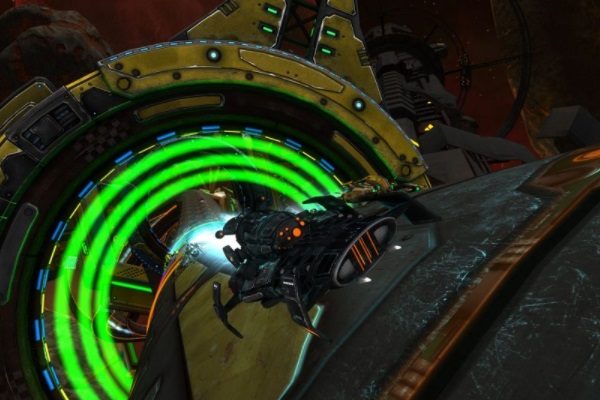 All things considered, it is worth commending Tammeka Games, however, for impressively crafting a game with this much speed and this many shifting polarities that didn’t cause me to feel remotely motion sick.

Given that the prospect of motion sickness will surely give many potential customers a moment for pause when a game like this is announced for VR, rest assured that it is shockingly comfortable throughout. And even if you do get a case of the queasies, at least the game is also playable in 2D, though if you’re hoping it’ll look prettier out of the headset, don’t get your hopes up.

Radial-G launches in the EU today for £19.99, which for the rather mediocre suite of content, unremarkable visuals and possibly non-existent online community, isn’t the most compelling price point, even if it can hardly be called a ripoff either.

Unless you’ve been quite literally chewing your own arm off waiting for a futuristic VR racer, it’s probably best to wait for this one to go on sale in a few months’ time, because it’s neither good enough to give a solid recommendation, nor bad enough to swear off; it’s just…fine and uninspired.