It’s fair to say that Games Workshop’s Warhammer series is adored, with its fanbase sprawling across the globe.  So today’s announcement from Sumthing Else Music Works that Jesper Kyd’s (the BAFTA award-winning Danish composer) soundtrack from the first person melee/shooter Warhammer: The End Times – Vermintide is set to be released via digital and streaming outlets is sure to please. 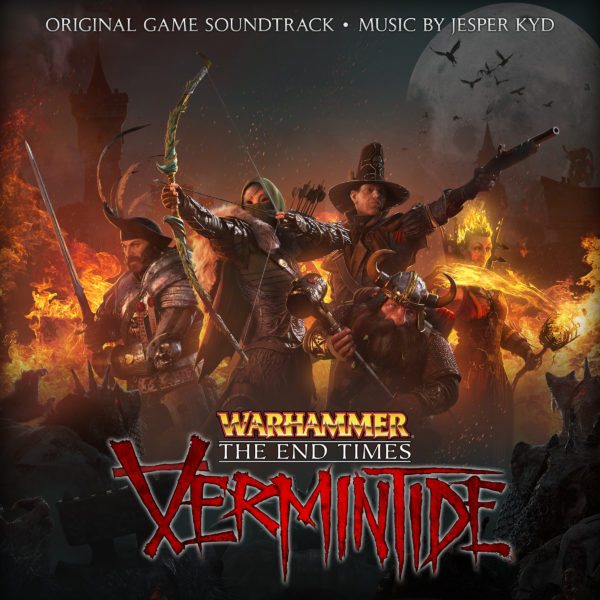 Set to arrive on the 26th September 2017, this 36-track album has been compiled by Kyd, this release includes the core game’s original soundtrack, also you’ll hear new music from the DLC expansions, plus instrumental songs heard in the game’s local tavern, Red Moon Inn.

“It’s a dynamic, raw and violent score that belongs to Vermintide’s dark medieval setting. We wanted the score to sound like it was performed by a Skaven band on acoustic instruments mangled by some mad Skaven scientist in the dark ages. It’s very different from anything I have written in the past.”

Kyd also mixed the score’s visceral tracks with more traditional folk music, performed by a three-piece band in an old English-style pub, the Red Moon Inn, to give contrast to the intense combat experience and Skaven music, and to further define the historical period of Vermintide’s world.

Developed by independent games studio Fatshark in Sweden, Warhammer: The End Times – Vermintide is a co-operative action first person shooter and melee combat adventure set in the End Times of the iconic Warhammer fantasy universe. Vermintide is available on PlayStation 4, Xbox One and PC.

You can pre-order the official soundtrack now at Sumthing.com.  For more information on Warhammer Vermintide visit www.vermintide.com.