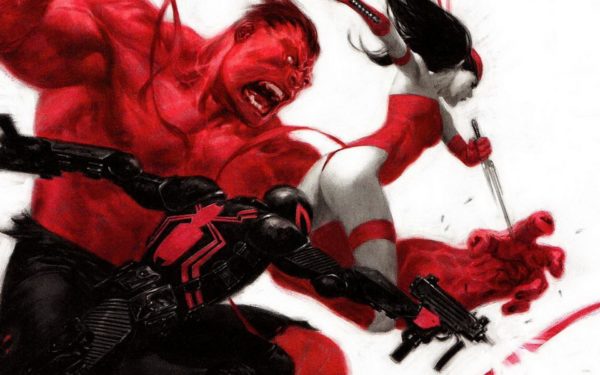 A team of a similar nature and in some iterations consisting of the same characters, the Thunderbolts are essentially Marvel’s answer to DC’s Suicide Squad. Holding the power to this villainous team should of course be Thunderbolt Ross, in an effort, post-Civil War, to have some sort of defence mechanism that he can have full control over, this team can be made up of whatever criminals and thugs from the ranging MCU that Marvel Studios has access too. The best iterations of the teams are under the Green Goblin and Baron Zemo respectively, with an honourable mention going to the more modern version of anti-heroes including Electra, the Red Hulk, Deadpool, Agent Venom and the Punisher.

With many storylines to choose from and a much more nuanced approach to any characters involve -, perhaps seeking redemption, struggling with insanity or simply doing as they’re told – this would likely work best on the small screen, allowing time to develop each of the individual characters motives and ultimately leading to perhaps a sympathetic viewing of them. With the added stake of a Suicide Squad type implant which can detonate at any time and the option to put this team against a series of heroes that go against the Sokovia Accords, this would become a twist on a classic format. The character I would push most to be involved is the pain-obsessed Penance, the former Speedball, turning to a life of self-inflicted punishment upon the involvement of the killing of hundreds of children. With the MCU events slightly shifting and Speedball set to star in the New Warriors TV series, there may be a further arc to the character across multiple shows. 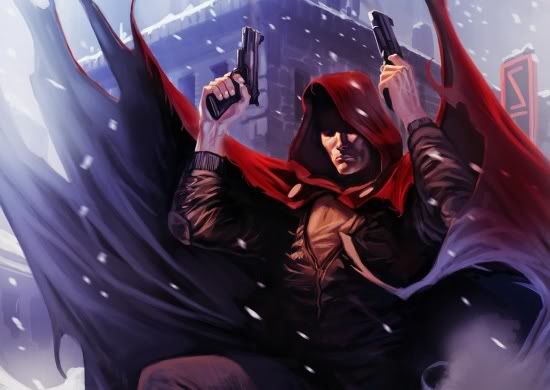 Consisting of many of Marvel’s C and D list villains, Hood’s Gang is a group of criminals who all work together under the management of Parker Robbins, the Hood himself; a character who encompasses both magic and a grounded criminal background and the character I believe can add the most to the Marvel Cinematic Universe. Being good secondary villains to any Marvel story, the cast of characters that the Hood sides with can be forever interchangeable but I believe a few members are of note.

The team of the Wrecking Crew, known Thor villains and the muscle of any super team, are perhaps some of the easiest to put to screen and require very little back story, acting simply as body guards to the Hood in order to protect him from his super-powered foes. Others can include the Absorbing Man from Agents of S.H.I.E.L.D. or one of the Shockers from Spider-Man: Homecoming. The most important other addition to the team is in my opinion, a character previously seen in Agent Carter. The right hand woman and love interest to the Hood, Madame Masque can be brought to the present day in many different forms from her natural time. She is the emotional core to Robbins and provides intelligent advice to the sometimes erratic Hood. Selling themselves out as guns for hire, but with grander plans to run the Marvel world, the Hood’s Gang would be a fitting background group that will somehow ultimately end up on top, manipulating events from behind the scenes until they have the upper hand before anyone even realises. Or, in this case the beauty of the group is that it’s before they even realise it!

Maybe the fresh take on the well-known team that the world needs, the Young Avengers islong overdue, being role models to the younger fans and encompassing many different realms of the Marvel universe that have been previously explored. Featuring the older mentor in Vision, a role that can still be filled by Paul Bettany’s character, the team also includes Hulkling, Cassie Lang/Stature (the daughter of Scott Lang), Iron Lad (whose secret identity is in fact Kang the Conqueror), team standout Kate Bishop as the new Hawkeye (especially if those Ronin rumours are to be believed), Patriot ,and the couple of Speed and one of the wielders of the mystic arts Wiccan.

With this grouping of different ethnicities, genders, sexualities and other social groupings, the Young Avengers has a wide appeal, representing people from all backgrounds and providing some powerful moments that can be explored throughout a film or TV show. The range of abilities are very complimentary and each character has a sufficient backstory to provide a satisfying arc throughout the story. Although I am not suggest Kang to be the main villain I believe this should certainly play a part. How this team could play into the grander universe is unclear, whether they are government sanctioned or not. Perhaps we will understand this more when the New Warriors are adapted. A team with infinite potential and many fans, this group is perhaps the most likely to hit the MCU next.