With production in full swing on Martin Scorsese’s The Irishman, Deadline is reporting that a new cast member has joined the film. True Blood‘s Anna Paquin will star as the daughter of Frank ‘The Irishman’ Sheeran, played by Robert De Niro. 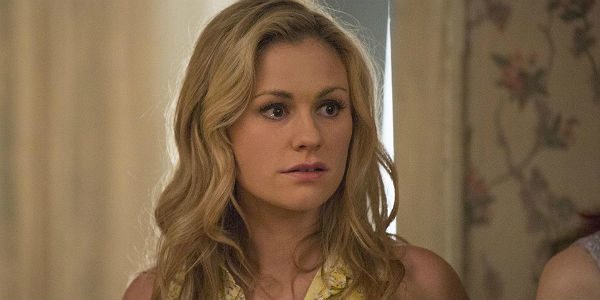 Paquin will play Peggy, the “strong-willed daughter” of Frank and Mary Sheeran. She’s estranged from her father because of Frank’s life as a hitman and hates him for what he does. She views Frank so badly that even the death of her mother could not bring Peggy to speak with him at Mary’s funeral. Peggy does live in fear of Frank as she’s constantly worried about what he might do to people who have upset her. She does, however, grow an attraction to Jimmy Hoffa, (Pacino), because of his work to improve worker’s unions and the community.

The film is based upon the book I Heard You Paint Houses by Charles Brandt and follows mob hitman Frank ‘The Irishman’ Sheeran, who claimed on his deathbed to have been responsible for the murder of Teamsters leader Jimmy Hoffa. The movie will span several decades, employing CGI to digitally de-age its cast members.