During the Dark Nights: Metal panel at New York Comic Con, DC Entertainment announced a new one-shot tie in to the Metal event entitled Dark Knights Rising: The Wild Hunt, and sees the squadron of evil ‘Dark Knights’ hinting down an unlikely team of heroes determined to save the world. Check out the cover artwork and solicitation for the one-shot below… 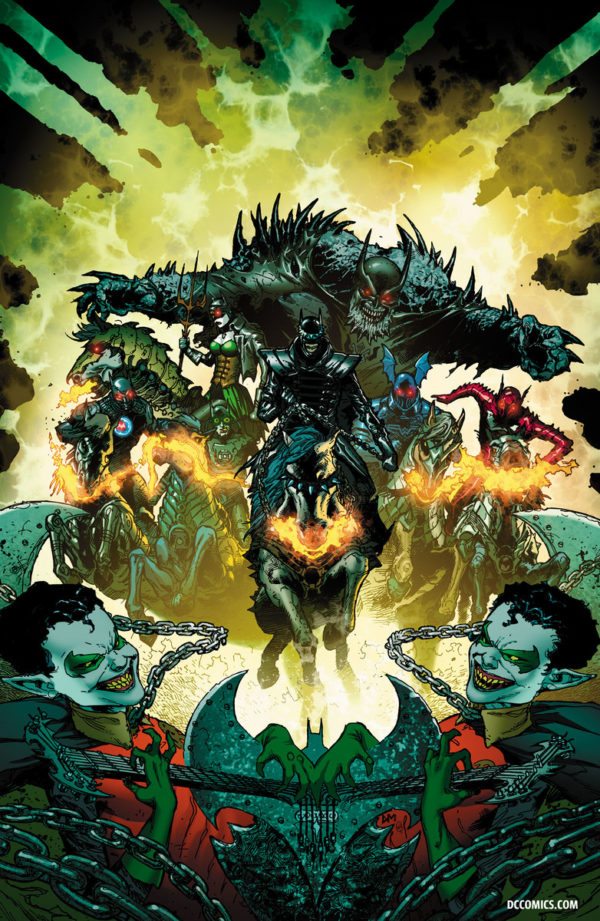 Continued from the pages of the bestselling DARK NIGHTS: METAL! The Dark Knights ride through the farthest reaches of the Multiverse to track down the unlikeliest of teams: The Flash, Cyborg, Raven and Detective Chimp. The mission: keep these heroes from completing their desperate quest to save all of existence! Plus, Challengers’ Mountain crackles with dark energy that will release an army of the world’s worst nightmares into the streets of Gotham City!

This one-shot also answers the question: Where are the Metal Men? And who is the latest addition to the team?