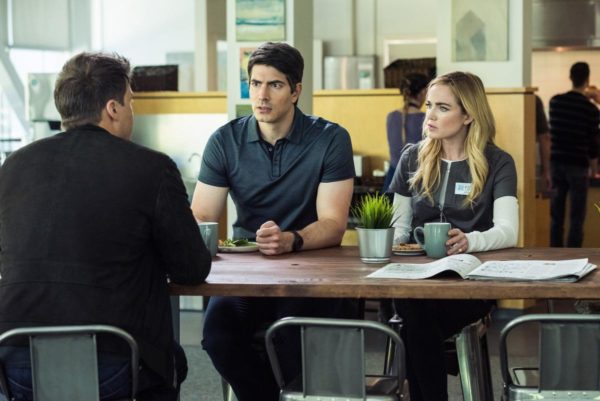 When we last left our heroes, they had basically broken time. Dinosaurs were running around, Big Ben was in the US it was pure chaos. Thankfully, very quickly, Rip shows up and puts everything back, and reveals he has created the Time Bureau, which has taken the place of the Time Masters. He then fires the Legends, which means apparently they have to get normal jobs. Cut to 6 months later, Sara works at a home supply store, Ray works for a dating app and Nate is Central City’s 2nd favorite hero (and Amaya has went back to the 40’s).

When Mick finds Julius Caesar running around Aruba, it springs the Legends back into action to clean up the mess they left in Time. Where as Flash continued its trend of more serious, sci-fi boredom, Legends, with really no expectations, continues to overachieve. The Legends are goofy, and they know it and they own it. Quips and comments galore , along with Rip and the Time Bureau all looking at them like the biggest losers they’ve ever seen. The team’s chemistry has gotten quite good, and the episode flows really well as they bring Jax and the Professor back into the fold. There are personal stakes for all of them, they’re quickly established as the episode moves along briskly and there’s just a fun element this show has kind of carved out for its own. It all works really well. 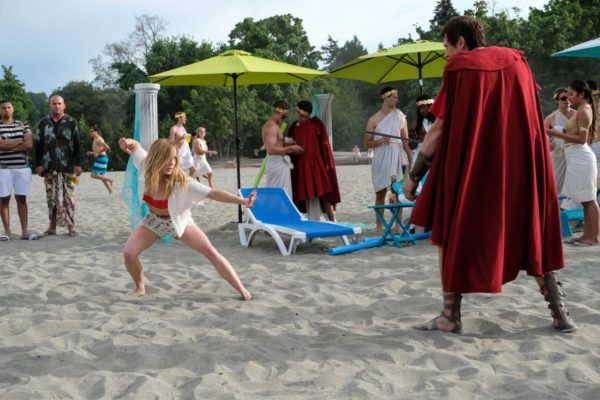 Only in this show can Sara fight Julius Caesar during Spring Break in Aruba as Ray makes a fake dating app for Gideon to hook up with any hot stud on the beach at the same time. This show shouldn’t work and trust me, season 1 was absolutely brutal, but if you want to turn off your brain and just be entertained by a ridiculous sci-fi show, you may want to tune in here instead of its scarlet cousin on an hour before. That’s where I’m at so far this season.