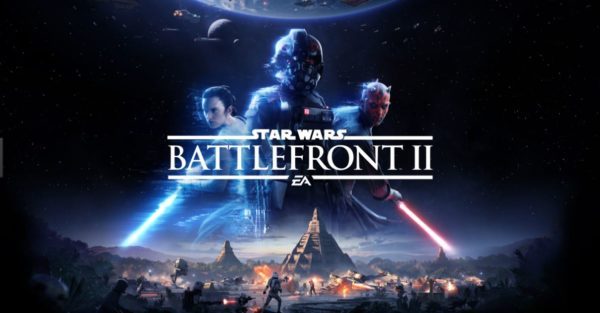 Star Wars Battlefront is fun and easy to play. It’s not the greatest game ever made, it’s not the most challenging game ever made and it most certainly has its faults. It felt rushed out and stripped down in order to be released to coincide with Star Wars: The Force Awakens. With proper development time, the inclusion of a tasty looking story mode, hopes are indeed high for Star Wars Battlefront 2.

The multiplayer beta for Battlefront 2 has caused my excitement and hope to come to a screeching halt. I’m giving serious thought to cancelling my pre-order. Okay, I know it’s not the finished product and with a month to go before release improvements can and will be made. The issues that put me off seem integral to Battlefront 2 and that it why I have been out off.

DICE’s sister game, Battlefield 1, everything feels different. Change your gun – different power, different recoil and different effect. No matter what weapon or class I chose on Battlefront 2 seemed to have no huge effect on my experience. I get a scope when I snipe, but it seemed like it did little to no more damage than a regular blaster and it soon became tedious without that variety. It probably didn’t help that we forced to suffer maps from the Prequel era and the terrible characters (Darth Maul being the exception) that it comes with them. The whole combination of all I’ve described just left me a little bored from the experience and questioning whether I wanted to spend in excess for £40 on release day when online Galactic Assault, the area I’d be investing most of my time, seems so underwhelming.

I won’t judge the map, we’ve only seen the one and while it wasn’t terribly awe-inspiring, but it looked gorgeous. Not quite as gorgeous as the trailers – which were no doubt being run on high-end gaming PCs – but it looked gorgeous on my PS4, which isn’t the Pro version. I suspect 4K owners are in for a visual treat come release.

On a positive note, the Starfighter Assault battles are spectacular. Lately I’ve found the Battlefield series air vehicles to be too hard to control than is necessary. They definitely needed to be made harder after the Bad Company series but they went too far. Battlefront seems to have the balance right. The ships aren’t stupidly easy to control but the degree of difficulty makes them fun and challenging which gives the player a degree of satisfaction which each and every kill. Coupled with the stunning locations, DICE have definitely got this aspect of the game spot on. 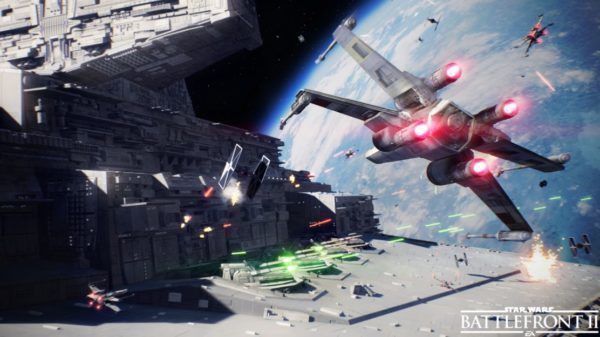 I’ve saved the worst for last. Power-ups. Dirty, micro-transaction power-ups. While not present within the Beta, they are clearly going to be part of the main game. Little packs giving people significant advantages by using real money to improve the stats of their weapons/characters/ships. For those of us who like the challenge and satisfaction of unlocking things through natural progression, our own experience will be negatively affected by allowing other users to power up through purchases all so EA can squeeze out more money from their consumers. I’m not a fan of this tactic at the best of times, but implementing it in such a way that it has a negative impact on other users is just disgusting.

While there are a few positives to come out of the Beta experience, on the whole it has left a more negative impression on me than I was expecting. I was genuinely excited to play it, but that soon disappeared quicker than a Gamorrean Guard over the Rancor pit. Over the next few weeks I will have to give serious thought to whether I want Star Wars Battlefront 2 on release day or just wait until the price drops, sometime after Christmas most likely. Star Wars Battlefront 2 isn’t likely to challenge the quality and experience from Battlefield 1, and I find that quite disappointing.