He’s currently taking down inclement weather in Geostorm, and now STX Entertainment have released the first look at Gerard Butler’s next movie maelstrom; the bullet-ridden LA ganglands of Den of Thieves. Check it out below, along with the poster… 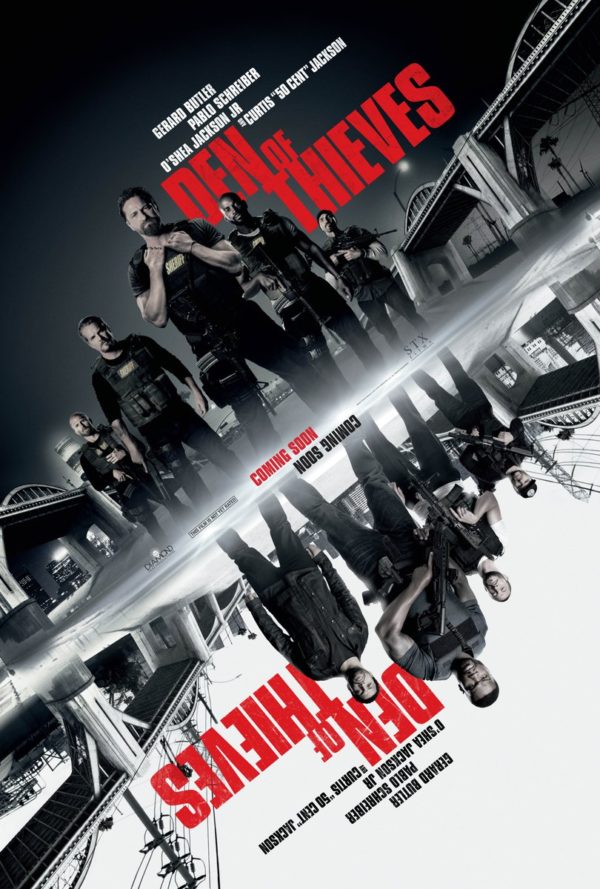 The premise focuses on the interconnecting characters on opposite sides of the law. One is a special division of the LA County Sheriff’s Department, headed up by Butler’s Nick Flanagan, and the other is 50 Cent’s notorious gang of bank robbers. Their paths collide when the criminals plan a heist on the seemingly impenetrable Reserve Bank of Downtown Los Angeles.

Den of Thieves opens in the US on the 19th January and the UK on the 2nd February.